Posted at 07:00h in Blog Posts by Shari Rudolph

In October 1995, Lenore Freeman began her long and successful career with Good360.  At the time, Lenore was finishing nursing school and working evenings taking care of elderly residents at a nursing home.  Despite her busy schedule, she agreed to help a friend who worked at Good360, and she volunteered to take on entry-level administrative tasks like typing letters and handling the mail.  In late November of that year, even though she found the work fulfilling, Lenore’s schedule with work and school was so demanding that she decided to stop volunteering with Good360.  However, leadership recognized Lenore’s strong work ethic and eagerness to learn and offered her a full-time paid position on staff.  Lenore accepted, and more than 24 years later she is now Vice President of Compliance and Administration, where she is responsible for the team that vets Good360’s potential nonprofit partners.

Lenore brings a passion to her role that she credits with waking up every day like it’s the first day on the job, except with the benefit of the knowledge that 24 years of experience brings.  She cites Good360’s mission as the primary reason for her longevity.

“We make it a priority to assist those in need,” said Lenore.  “It’s so rewarding to know that a corporate donor has product, and we have a network of nonprofits that we can connect them to.  The product goes to those in need, and it’s so gratifying to make those connections.”

Over the years, Lenore has held various positions within the organization.  With a knack for computers and a desire to learn new skills, Lenore took classes in 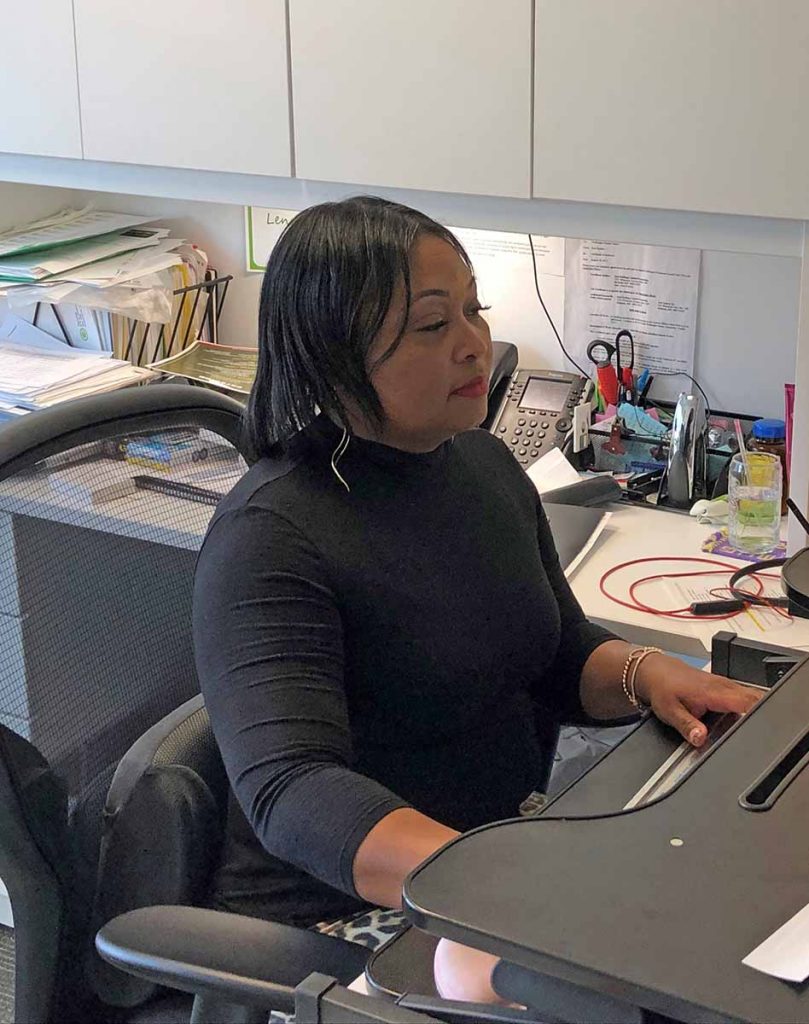 customer service, database training, coding, creating forms and building ports.  After being promoted to a role in member services in 1997 Lenore became interested in learning how Good360’s departments worked together to further their mission.  A natural with technology, Lenore’s next role was with IT where she would communicate with nonprofit members about the different ways Good360’s platform could be utilized.

While Lenore has held various titles during her time with Good360, one thing has stayed consistent—her coworkers value her insight tremendously.

Lenore was the inaugural recipient of the Virginia “Ginny” Lee Royal Award, an annual acknowledgment given to a Good360 employee who exemplifies dedication to Good360 in the ways of outstanding leadership and service.   Chosen by her peers, Lenore received the award because she embodies dedication, commitment and the intrepid spirit of Ginny Royal, a long-time Good360 employee who passed away in 2014.

Corey Porter, Good360’s Senior Manager of Program Operations, describes Lenore as someone who exudes leadership.  Employees at all levels look to her for advice and guidance.  Having worked closely together for 13 years, Corey appreciates Lenore’s open-door policy, saying,  “She’s extremely helpful and she always has a lot of things on her plate, but if you go into her office and you need assistance in resolving an issue, she will literally drop everything to help you figure it out.”

For Lenore, the desire to help others doesn’t wane after all these years, it only grows stronger.  Congratulations on 24 years, Lenore.  Good360 is lucky to have you.