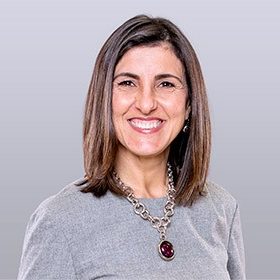 Maria Martinez has more than 25 years of experience in human resources, strategic planning, organizational development and team building, and currently serves as the Chief Human Resources Officer for Axogen, Inc., the leading company focused specifically on the science, development and commercialization of technologies for peripheral nerve regeneration and repair. In this role, she is responsible for all people strategies, talent acquisition and assessment, succession planning, leadership development, employee engagement, performance management, total rewards and wellness programs across the organization.

Prior to joining Axogen, Maria served as Chief Human Resources Officer for HSN, Inc. (NASDAQ: HSNI) where she was responsible for all human capital functions across the $4 billion direct-to-consumer retail portfolio with more than 7,000 employees in nine locations. She first joined HSN in 1995 as Manager, HR Subsidiaries, advancing to Vice President by 2005. In 2015 while at HSN, Maria received the distinguished honor of being named by Cablefax Magazine as one of the Most Influential Minorities in Cable.

Prior to rejoining the company in 2010, she served as Vice President, Human Resources for the Laser Spine Institute where she established the company’s human resources function and supported the expansion of the organization’s business to multiple sites. She has also held several senior-level positions in human resources for Bausch & Lomb and Darden Restaurants.

Maria is the former President of the Board of Girls Inc. of Pinellas, is a member of the Board of Managers of MGT Consulting, and serves on the Board of Directors for Good360. She has also served as a mentor through the USF Corporate Mentor Program, and volunteers at Metropolitan Ministries in Tampa.

Maria is married and has two children. She is originally from Galicia, Spain and enjoys spending time with her family in Galicia.