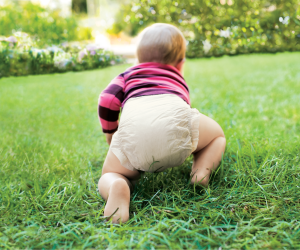 Unless you wear or routinely change one, you probably do not spend much time thinking about diapers. Yet, for infants and toddlers, as well as for people with medical conditions that cause incontinence, diapers are a basic necessity for happiness, cleanliness and dignity.  One diaper may seem like a small thing, but not having enough can subject a baby to adverse health conditions like dermatitis and urinary tract infections. Plus, not having the funds to purchase diapers can limit a parent’s ability to go to work because most childcare centers require parents to provide diapers for their child.

Diapers can be expensive—as much as $100 for a month’s supply. Most people are unaware that diapers cannot be bought with the Supplemental Nutrition Assistance Program (SNAP, aka “food stamps”) or the Special Supplemental Nutrition Assistance Program for Women, Infants and Children (WIC). For some people, their resources are already stretched thin with food, housing and utilities.

The National Diaper Bank Network (NDBN) was founded in 2011 to raise awareness that throughout the United States, families have difficulty keeping their infants and toddlers clean, healthy, and dry because they cannot afford a most basic necessity…a diaper.  This is “Diaper Need.”

We think about diapers a lot at the National Diaper Bank Network, but we understand that not everyone does. That’s why we launched Diaper Need Awareness Week two years ago, with the support of our grassroots network, more than 211 diaper banks in 44 states and the District of Columbia. We’re raising awareness about diaper need and the remarkable work that community-based diaper banks are doing to help by collecting donated diapers, purchasing diapers with donations and ensuring families and babies get the diapers they need. 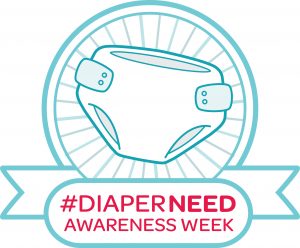 Diaper Need Awareness Week started in 2012 with a handful of diaper banks. In 2013, 15 states and 37 counties participated and issued proclamations.

Today, the National Diaper Bank Network serves more than 1.2 million children and their families.Collectively, we work with more than 22,000 local agencies.

NDBN and Good360 partnered at the end of 2013 to provide more diapers to more families in need.  Since that time, we have distributed more than 3.6 million diapers to families across the U.S.  If you are a group in need of diapers, visit our GivingPlace here.