On August 25th, 2017, Hurricane Harvey made landfall in the United States. The tropical cyclone’s catastrophic damage to the area left 88 people dead and thousands of homes damaged or completely destroyed. At $125 billion in damages, it was the costliest tropical cyclone in recorded history for the state of Texas. In all, the storm affected 13 million people throughout its duration. Eight months after the storm, Good360 remains committed to helping survivors endure through the rebuild phase of disaster response. 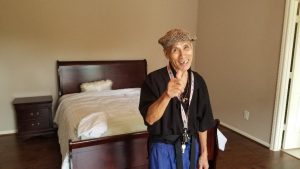 Shortly after the hurricane subsided, Sleep Number made a commitment to help survivors recover with brand new mattresses, supporting their Corporate Social Responsibility (CSR) platform. Sleep Number is focused on improving the lives of kids through better sleep – an often overlooked need during a time of disaster. In April, Good360 coordinated the shipping of their donation to 6 nonprofits: IOCC, Goodness Outreach Depot, Disaster Services of St. Vincent De Paul, All Hands and Hearts, Salvation Army and SBP. In order to optimize the mattresses’ impact in the community, Salvation Army offered warehousing space to pre-stage this product until they were able to be distributed in the right quantities. 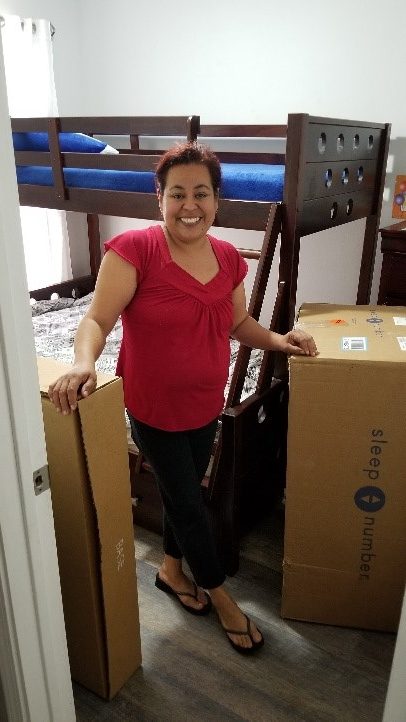 During the distribution process, Good360 met Harvey survivor, Mary Hatchett. Her daughter had been sleeping on a mattress that had been soaked by floodwater in the days after Hurricane Harvey. The family was inundated with urgent matters after their home took on three feet of water and this was just one example of the devastating conditions they have been living in. The family was left to rebuild on its own, until SBP stepped in. Along with three other houses on the same street, SBP rebuilt Mary Hatchett’s home. After the home had been rebuilt, Good360 was able to deliver brand new Sleep Number mattresses to the family. Mary and her daughter were so thankful for a quality mattress to sleep on. With the lack of media attention months after a disaster, it can be hard for the public to know and understand the exact needs of a community at that time. Sleep Number worked alongside Good360 to understand those needs, like the need for new mattresses for newly rebuilt homes. After sleeping on the floor for months, Mary’s daughter will now be able to get a great night’s sleep which will help prepare her for day-to-day success in both big and small life tasks, helping her move beyond the heartbreaking impact of this disaster.

Another example of this amazing partnership at work came from Thahn Vo. He and his family woke up to 4 feet of water in their home. When neighbors came to rescue him and his wife, he was so distraught that he implored them to leave him, as he was old and felt he had nothing left. In the months after Harvey, Thahn and his wife Chieu, slept in their car until a member of Ecclesia Church encountered them. The church helped them rebuild their home and, with the help of Good360 and Sleep Number, the Vos now have a place to sleep again.

With partners like Sleep Number, Good360 can remain committed to long-term thoughtful giving that provides a sense of renewed possibility to families and communities impacted by disaster. Partnerships with companies such as Sleep Number are critical in helping Good360 achieve its mission to ensure that the right products are going to the right people at the right time throughout the entire disaster recovery process.

Good360 is also privileged to be able to support so many nonprofits meeting the needs of their community long after the disaster and after the media attention has faded away. 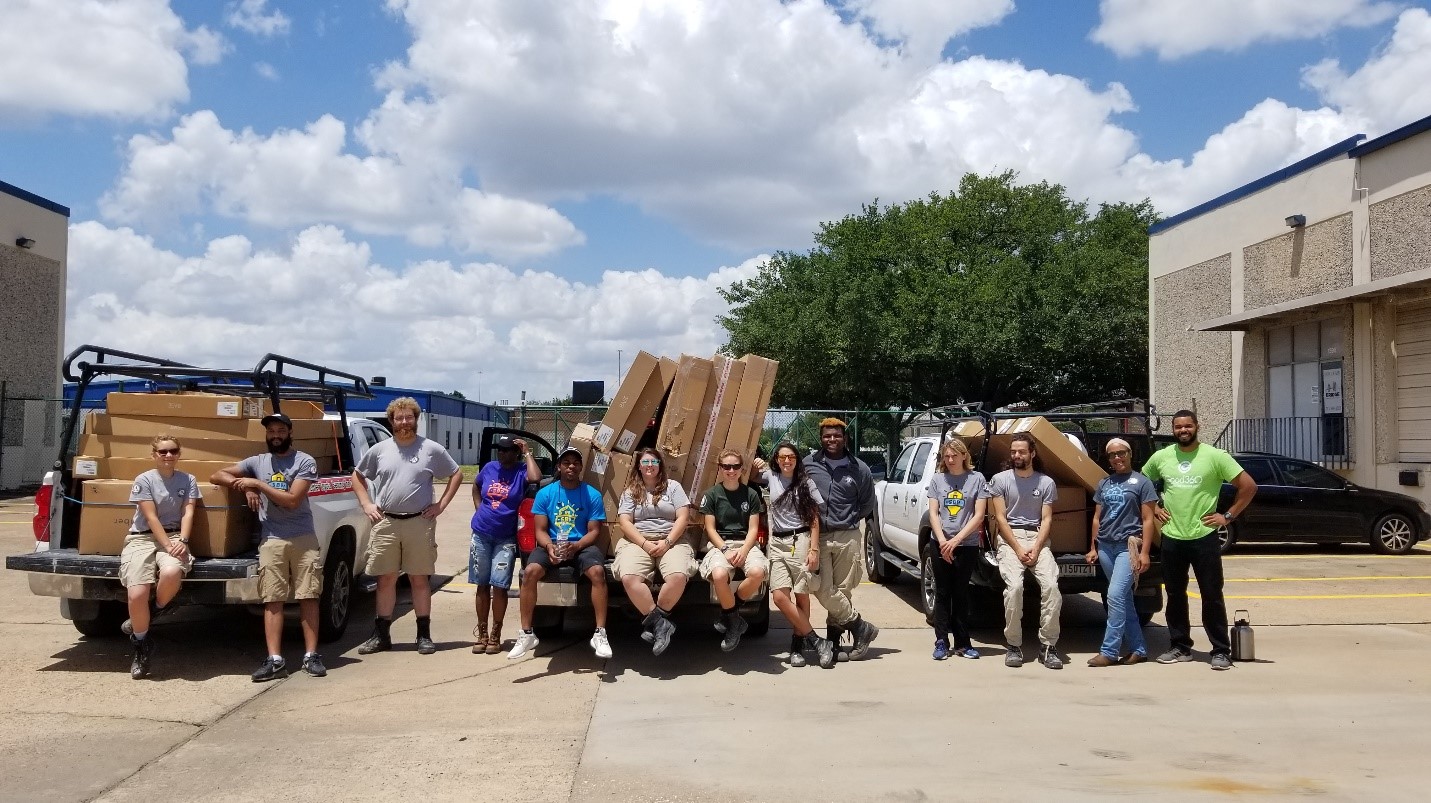