As Told to Good360 by West Street Recovery 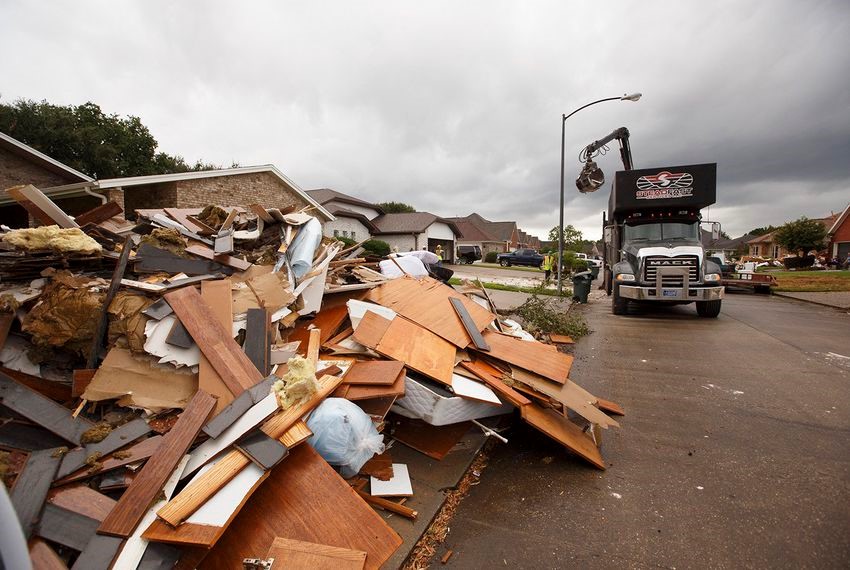 Hurricane Harvey caused catastrophic flooding due to the unprecedented rainfall in Houston and Southeast Texas.  Within four days, many areas received over 40 inches of rain, making Harvey the wettest tropical cyclone on record to hit the United States.  The damage inflicted by the storm amounted to billions of dollars, ensuring that recovery would be both timely and costly.  Many communities struggle with the cost to rebuild after a disaster due to a lack of resources.  Good360 remains committed to helping these communities recover in the long-term, and thanks to a donation of roofing shingles from GAF, we have been able to help the recovery of impacted communities.  We partnered with nonprofit West Street Recovery in Houston, who has a mission to “connect communities to the resources that they need to not only rebuild after Hurricane Harvey, but to build communities that are resilient, secure, and stronger than before.”

After Hurricane Harvey, many people were denied assistance for roof damage because Harvey was considered a flooding event, not a wind event. However, 40 inches of rain puts a strain on any roof, especially an older, run-down roof.  West Street Recovery works mostly with marginalized communities, and many of the families live without the resources to maintain their properties.  These communities endured severe damage, and they had more trouble getting back on their feet after the disaster.  Thanks to the donated shingles from GAF, West Street Recovery has already been able to put roofs on five homes, and they plan on many more homes in the coming weeks.  The donation of shingles allows West Street Recovery to help more families because it lowers the repair cost of each home. They have also been able to hire local roofers, which keeps capital in the community.

After Harvey, Ms. Margarita and her family, long-term residents of Northeastern Houston, were left with a severely damaged home.  She is a community builder and has worked with West Street Recovery on volunteer days and several community projects. Thanks to the donation of shingles, West Street Recovery was able to give back to the woman who has done so much for her community by providing a new roof for her home, easing her family’s stress.  Her story is just one example of the many lives positively impacted by GAF’s donation.  Good360 is proud to partner with GAF and West Street Recovery, who truly understand the importance of long-term disaster recovery in order to build strong and resilient communities.