Hurricanes Irma and Maria made landfall in Puerto Rico within three weeks of each other. What Irma did not destroy in Puerto Rico, Maria did. The twin storms 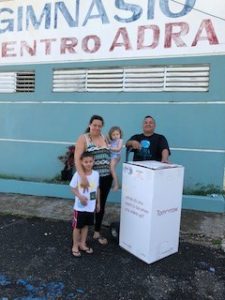 The Adventist Development and Relief Agency (ADRA) has been active at every stage of this crisis. Immediately following Irma and then Maria, ADRA was a positive presence on the island, aiding in debris removal and supply distribution. In the 10 months since the storms, ADRA has continued its outreach through community centers in each region of the island. Asociación Adventista del Oeste, the west coast ADRA affiliate, has been one of Good360’s local partners since shortly after the storms. The two groups have worked together to ensure a continuous stream of supplies to the relief effort. Both organizations understand that even though the media attention has left, many families are in as much need now as they were in the immediate aftermath of the storms. 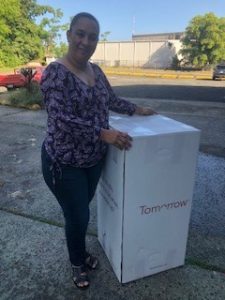 One ongoing need has been mattresses. Of the essential home items, mattresses are one of the most important and susceptible to irreparable damage from heavy winds and flooding. Almost every home that was either flooded or wind-damaged sustained damage to its bedroom. However, unlike dressers and mirrors, beds usually cannot be cleaned and re-used. Survivors continued sleeping on wet, (and subsequently moldy) mattresses following the storms. Many of these survivors are still sleeping on filthy, unsuitable bedding.

Serta Simmons Bedding, like ADRA, has been involved in the recovery effort since the beginning. SSB prioritized understanding the exact needs on the ground so that we could collectively assist individuals in the best way possible.  Through SSB’s partnership with Good360, the company has been able to distribute two loads of mattresses to survivors throughout the Caribbean. ADRA was able to distribute these mattresses to its island affiliates evenly, then get them out to the local communities who needed them the most.

ADRA and Good360 know that mattresses alone will not lead to a full recovery for the island. Many other goods and services need to be restored to make Puerto Rico more resilient than before. However, sleeping well is an extremely vital part of the daily recovery for survivors after any disaster. SSB’s donation will enable that for hundreds of families in Puerto Rico. Good360 is proud to partner with companies like Serta Simmons Bedding to help survivors after disaster. We understand that disaster recovery doesn’t end when the media has turned its attention to the next breaking news story. It is a years-long process and Good360 is proud to partner with entities that believe in the value of long-term commitments.