Posted at 18:18h in Impact Stories by Shari Rudolph

It was the middle of April 2020 and COVID-19 was wreaking havoc in the state of New York – especially hard hit were New York City and Long Island. Levi’s® wanted to show a small token of thanks for healthcare workers that were on the frontlines. 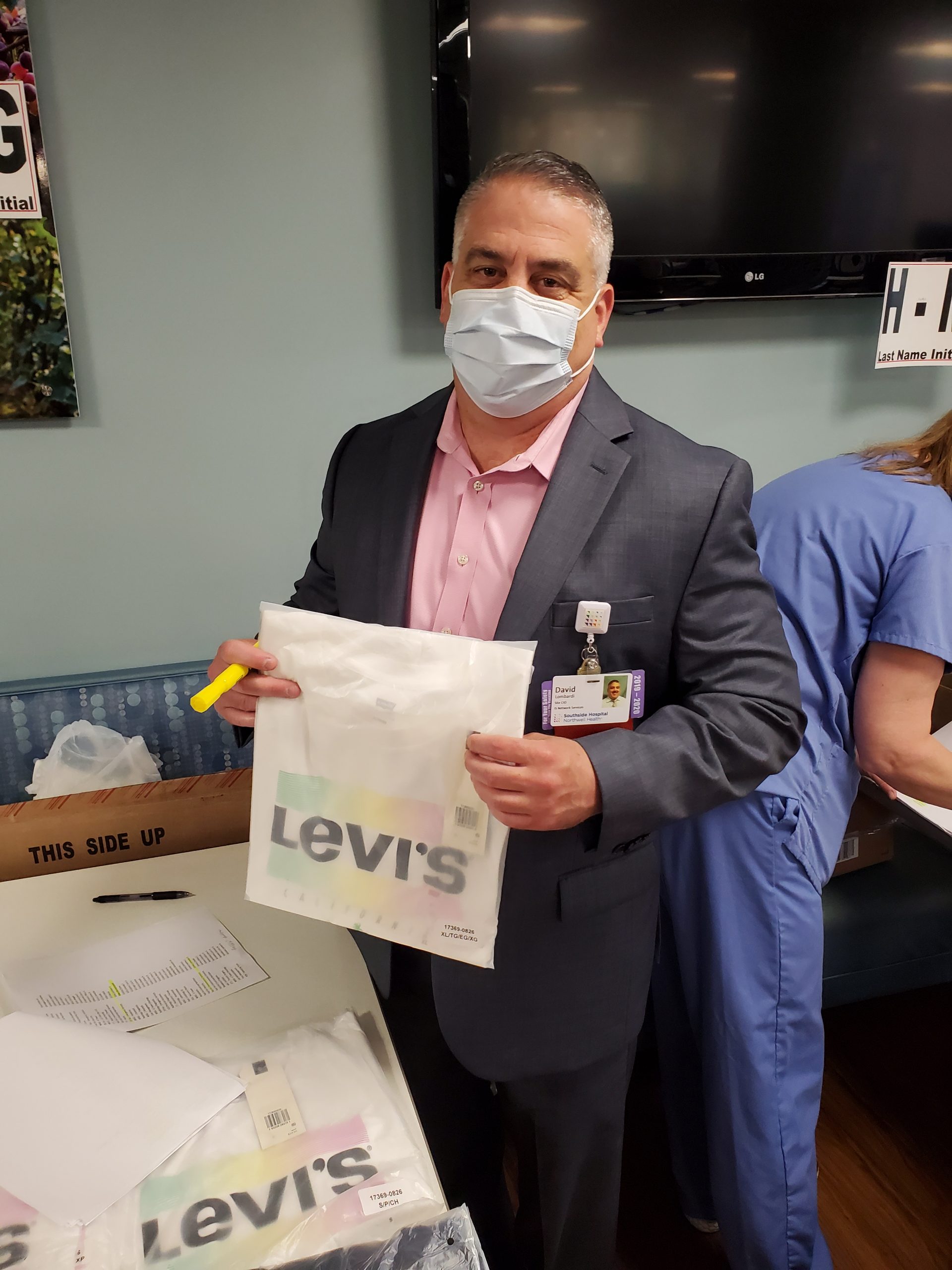 Thanks to World of Giving, a Good360 Community Redistribution Partner, 3000 Levi’s shirts were donated to Northwell Health.

“Our colleagues are heroes and have been working nonstop since the beginning of March,” Angela Mandelos, Community Relations Director at Southside Hospital said. “Sometimes it’s the smallest thing like a t-shirt that can provide a much-needed jolt to a hard-working team. That is exactly what this donation did. Thank you, Levi’s, Good360 and World of Giving for standing by us and showing your support during one of our region’s darkest time.”