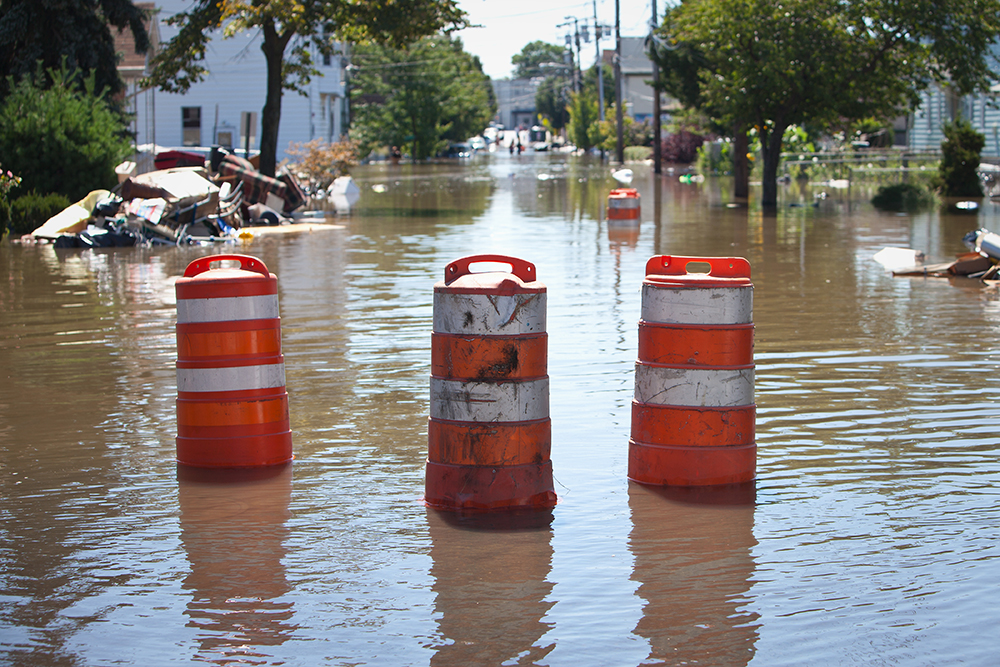 When record floods swamped parts of Missouri in late April, cresting rivers at levels not seen in over a hundred years, Good360 was able to coordinate delivery of relief supplies within days of the disaster.

This kind of rapid response is critical in any major disaster. But cutting through corporate bureaucracies, working with nonprofit partners, and managing relief logistics can often drag out response times. It might take weeks or even months for donated products to reach local communities in the throes of a devastating disaster. Working with our nonprofit partners, Good360 was able to reduce the time to get in-kind donations to the disaster zone in mere days.

What made the huge difference in this case? A seemingly simple, yet powerful strategy that Good360 is pioneering: the prepositioning of emergency relief items in key locations around the country. Leveraging our deep relationships with nonprofit and corporate partners, we believe Good360 is uniquely positioned to create a network of warehouses to store products ready to be deployed to disaster zones, as well as the resources needed to deliver them in a timely manner.

In the aftermath of the Missouri floods, we quickly deployed two semi-trucks packed with supplies — one coming from our Omaha distribution center and another arriving via Virginia through our nonprofit partner, Gleaning For the World. We also made sure that these supplies were specifically requested by the NGOs working on the ground to ensure that the impacted communities were getting exactly what they needed.

These truckloads, part of a monthly donation received from a major national retailer, were diverted in February from their regular destinations in anticipation of a major disaster occurring somewhere in the Midwest. When massive flooding triggered by deadly storms swept through Missouri and other nearby states months later, the emergency supplies stood ready to be sent to the most vulnerable victims. There was no waiting for a corporate partner to answer the plea for help, arranging for the arrival of goods, and then shipping them out again.

Along with the advantages of speed, prepositioning allows the Good360 team to ensure that the items being delivered are actually appropriate to send at that time. Up to 60 percent of all products donated during the immediate aftermath of a disaster ends up in landfills or cannot be used because the goods don’t match the actual needs of the locally impacted community.

As flood victims clean out their homes and look to rebuild, these initial needs will transition to longer-term items such as mattresses, pillows, bedding, furniture, and building supplies. Prepositioning helps ensure that the appropriate items are quickly deployed during all stages of a disaster — not just in those early headline-grabbing days.

“This strategy is core to Good360’s commitment to deliver the right goods to the right people at the right time,” says Tiffany Everett, Good360’s director of disaster recovery.

“If you don’t engage early on in the disaster, it’s hard to gain the trust of the community,” says Everett. “The donation cycle to procure goods can take as long as six months. If we can preposition products near generally vulnerable regions and quickly deploy during a disaster, these communities will see Good360 as a resource from day one. By developing close relationships with nonprofits working on the ground, we’re so much better positioned to help impacted communities in the months and even years after a major disaster.”

This close collaboration with nonprofit partners is critical to the success of the prepositioning program. Good360 is currently working to identify who among its most trusted and vetted nonprofit partners has the capacity and mission fit to be able to help. Ideally, these partners would have facilities located in regions that are less susceptible to major natural disasters.

Several key partners have already come aboard. The American Logistics Aid Network (ALAN) and the International Warehouse Logistics Association have agreed to collaborate with Good360 to find member warehouses willing to donate their space for prepositioning of disaster relief goods. This is a critical piece of the relief effort since local infrastructure is often damaged or destroyed, making storage facilities on the ground unusable or inaccessible.

For ALAN, participating in this program reflects its longtime commitment to providing humanitarian relief by leveraging supply-chain businesses who stand ready to respond to disasters. In the first distribution under this new partnership with Good360, seven semi-trucks loaded with pillows donated by a large national retailer were sent to three different warehouses in California, Texas, and Michigan. Those pillows will be stored until they are needed during the recovery stage, typically months after the initial incident.

Why pillows? Because families moving back into their homes after a natural disaster often need to start from scratch, including replacing ruined mattresses and bedding material.

Getting corporations to buy into the prepositioning program will have an outsized effect on its chances of success. But many companies are more reactive than proactive in terms of providing disaster relief. Prepositioning will require companies to rethink their approach to product philanthropy in many cases.

“Their impact is going to be so much greater if they can help us preposition product,” Everett says. “We need to get companies to engage before the storm hits so we can get these communities to recover faster after the storm.”