Posted at 15:23h in Impact Stories by Shari Rudolph 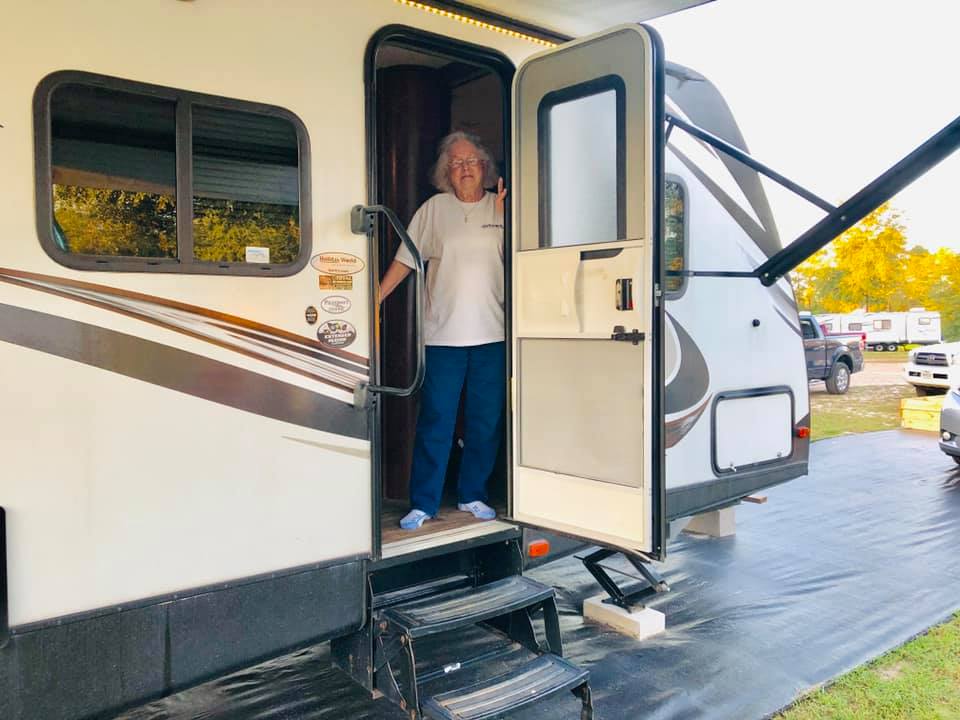 Two years after the devastation and destruction caused by Hurricane Harvey, many people remain without homes. Hardin County was hit particularly hard by Harvey and qualified as one of the top 10 most impacted counties in Texas.

Hardin County Strong, a local nonprofit organization, was established after Harvey to assist families who were left vulnerable by the disaster. Through a donation of 78 repurposed RV Trailers from Dow, Good360 was able to provide housing for people in need to Hardin County Strong and several other partners across Texas.

In Hardin County, these RV trailers are being used to temporarily house those whose homes were destroyed by Harvey and who are waiting to find permanent housing solutions. The RV trailers are providing safe and secure temporary housing for nine Hardin County households. Had they not received the RVs, these families would be forced to pay extra rent and living expenses. In many cases, families are removed from temporary housing when they cannot afford to pay the extra costs, leaving them homeless.

One of the donated RVs is being occupied by a woman in her mid-eighties whose home was destroyed by Harvey. She has been living in a temporary FEMA-issued mobile home and was recently approved to have a new home built for her. Because she was approved for a new home, the FEMA-issued mobile home she had been living in was picked up and moved, leaving her homeless. If she had not been given the RV, she would have been forced to pay rent for at least another four months, which is a cost she cannot afford. Thanks to Dow’s donation , she now has a place to live while she waits for her new home to be built.

Another RV went to a woman raising her two-year-old great grandson. Their home was also destroyed by Harvey beyond repair, and they have been living in a FEMA mobile home. They were left homeless when they were evicted because they could no longer afford the $1,000 rent. Thanks to Dow’s donation , Hardin County Strong was able to settle them into a donated RV. They will stay there until they are able to find a permanent housing solution.

Recovery from a disaster of Harvey’s magnitude takes years. Good360 recognizes this and continues to partner with organizations like Hardin County Strong, which understand the importance of long-term recovery and assists people in all stages of the process. We are also thankful for partners like Dow and their positive impact on the lives of those affected by disaster.