Good360 | Building a Safe Space for Children in California

31 May Building a Safe Space for Children in California 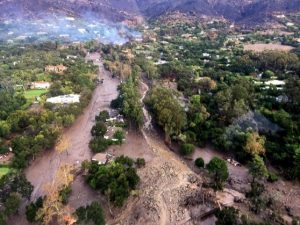 Last year, a series of 29 wildfires ignited across Southern California in December 2017. The wildfires then paved the way for deadly mudslides, which turned roadways and communities in to rivers of mud and debris. As flood water from the rains ran through the recently burned hills, tons of ash and debris were picked up in the water creating a catastrophe. Twenty-two people were killed, and more than two dozen were injured directly from the mudslides. The communities that were hit by these disasters were reeling from the sudden devastation which affected people from all walks of life. However, the group that was mostly affected by the trauma were the children in the area. 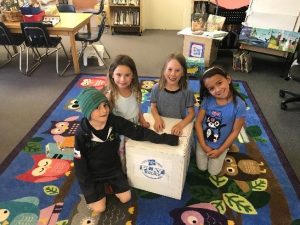 addressed long-term was the psycho-social needs of the students. Many of the schools had received additional counselors immediately following the disasters, but weeks and months later, there was very little support. To address this need, Good360 reached out to Sonos and RH (Restoration Hardware) with the idea of creating “Safe Space” rooms for children who were affected by the California fires and mudslides. The safe space rooms would act as a refuge for the children who were utilizing the school counseling resources.  This space gives them a chance to talk about how the disasters changed their lives and learn how to move forward and excel despite the trauma they experienced.

The schools that participated in the project were each uniquely affected by the devastating fires and mudslides, they were Cold Springs Elementary School, Carpinteria Middle School and Carpinteria High School. For example, the street just a couple of blocks from the Cold Spring Elementary school was the main path of the mudslides. Not only were the streets ruined, several homes were completely destroyed and a student of the school was swept away in the destruction. The school initially created a healing center for the community but lost the space due to needs for a classroom. When the idea was brought to the Principal, Dr. Amy Alzina, she was so excited for this opportunity because of the need for healing to serve the students better. She knew this was a necessity especially as they entered stressful times in their school year like testing and end-of-year activities. 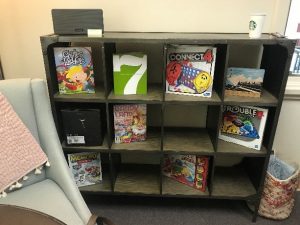 In Carpinteria, due to lower socioeconomic backgrounds many of the students were affected by the fires in different ways. Some lost their homes, or their parents lost their jobs due to companies downsizing which brought financial strain to the families. For many of the students, this was their first time experiencing a large-scale disaster. The trauma of a disaster, if left untreated, can be very damaging on children. Good360 set out to address this issue by finding the schools that had the greatest need and providing them a safe and comfortable environment to work with students, school counselors and teachers.

After visiting the schools and figuring out their exact needs, RH shipped the new furniture, Good360 sent Hasbro PlayRelief kits, and a Sonos representative installed a state of the art speaker system in all the schools. On June 13th, a Good360 and RH representative set up all the new furniture and Hasbro games in the counseling spaces. When the rooms were revealed to the children they were thrilled to enjoy their brand-new spaces (with donuts!). 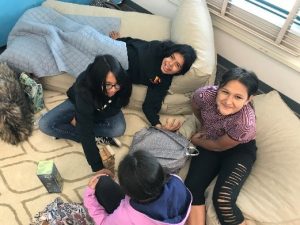 A counselor at Carpinteria Middle School told us a few days later that, “Our students are loving the room.  It is busy with students every lunch, and they are thoroughly enjoying all the games. It has been such an incredible experience.” While emotional well-being is not a need that is typically broadcasted after the event of a disaster, it is vital to the resiliency of a community to address these psychological needs. Good360 will continue to find creative and innovative ways to address the most pressing needs following a disaster and being a leader in thoughtful giving across all areas.