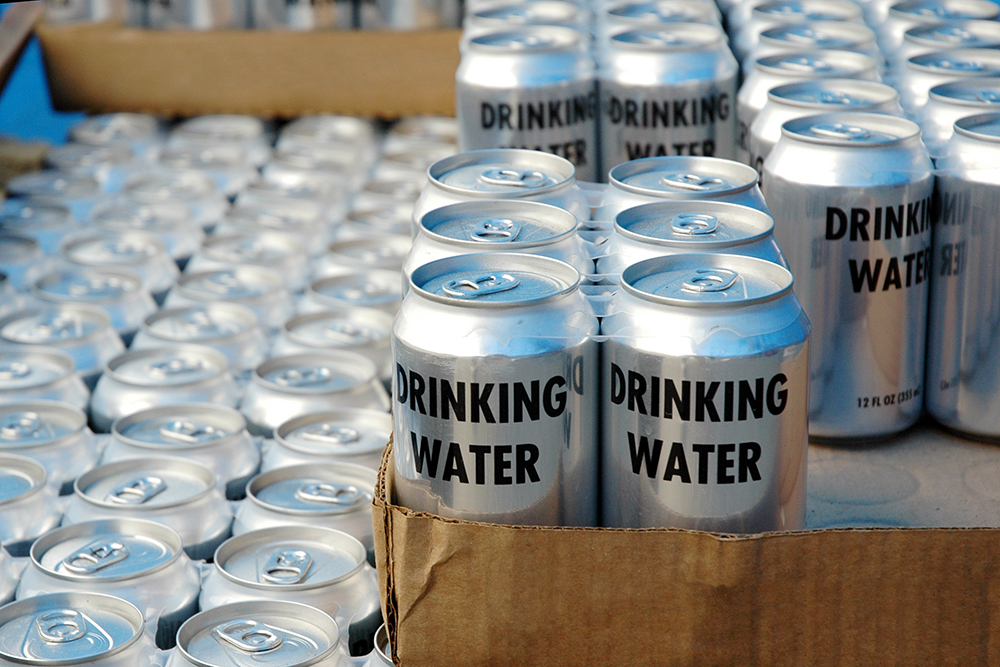 Anheuser-Busch, the parent company of Budweiser and one of the largest beer producers in the world, delivered cans of water to Louisiana flood victims late last August, according to USA Today. In total, Anheuser-Busch plans on sending 250,000 cans of water for flood victims throughout Louisiana this year. August floods in Louisiana damaged well over 100,000 homes and claimed more than a dozen lives. The flooding heavily impacted communities in Southern Louisiana, in particular those neighborhoods in and around Baton Rouge. During flooding events, local utilities such as gas, power, and water, tend to shut down or become unusable, making it extremely difficult for flood victims to access clean, potable water. The Red Cross has specifically requested water donations for victims of this flooding event.

So, in order to help ensure that Louisiana flood victims would have access to clean water, Anheuser-Busch sent five truckloads of emergency drinking water to Baton Rouge. Sarah Schilling, the Senior Brewmaster of Anheuser-Busch’s Cartersville Brewery, noted in a statement that the company tries to produce a select amount of emergency water throughout the year. “Throughout the year, we periodically pause production at our brewery to can drinking water so we are ready to help communities in time of disaster,” she said. Aside from Baton Rouge, Anheuser-Busch has donated water to other disaster relief efforts throughout the country. For instance, the company delivered 100,000 cans of water to wildfire victims in California, and they also donated 100,000 cans of water for flood victims in West Virginia. In total, the company has donated more than 1 million cans of water this year alone.

The flooding in Louisiana devastated the state’s infrastructure, making it difficult for average citizens to access clean, potable water. Thankfully, Anheuser-Busch recognizes the importance of delivering water for flood victims, and their efforts should help to ensure that Louisiana flood victims have the water they need to thrive. Interestingly, flood disasters aside, clean water issues are especially prevalent here in the U.S. In fact, did you know that many Americans have difficulty accessing clean and affordable drinking water? This infographic highlights the financial specifics—learn more here.


Shabab Gruberg is the President of Good360. He developed the largest online product philanthropy platform, GivingPlace, connecting charities, companies, and people who care. Think 4 million diapers, 10,000 mattresses, and 8,000 cartons of apparel in 2014 alone. His passion is solving problems, and there is no problem too big or small. He has consulted over 150 nonprofits, optimizing their business development, developed a system and process to take off-line medical offices online over a weekend, and spent years teaching community college students Linux.