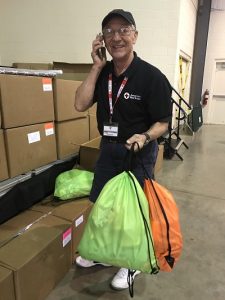 2019 has already been one of the most active tornado seasons the United States has seen in years. The season started with an F5 tornado that devastated Lee County in Alabama and recently saw a large and dangerous F3 tornado touch down in Dayton, Ohio. The F3 tornado was one of at least 18 tornadoes that touched down in the region, destroying hundreds of homes and businesses and damaging countless more. The tornado came at night which made its visual confirmation almost impossible. As the sun began to rise, the true scope of the devastation became apparent.

One of Good360’s partners, Manna Worldwide, was one of the first to jump to the aid of survivors. The families affected lost virtually everything in the tornado’s aftermath. Manna Worldwide reached out to Good360 for help in providing basic hygiene necessities and emotional care items to these families. Fortunately, Good360 had established partnerships with Fannie Mae, and Hasbro to preposition personal hygiene kits and PlayRelief kits to distribute to nonprofits directly after a disaster. Thanks to these partnerships, Good360 was able to assist survivors with 400 hygiene kits built by the Fannie Mae team and 24 PlayRelief kits from Hasbro to be used in shelters and community centers where the families gathered.

After experiencing the trauma of a disaster, seemingly simple items like hygiene kits and family games can go a long way in o 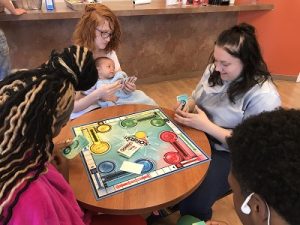 ffering a small reprieve from the overwhelming task of recovery. In the midst of disaster, families were able to sit down together to play a game to help create a sense of fun and normalcy for their children. Basic essentials such as soap, toothpaste, and deodorant were also taken care of, so they did not have to worry about acquiring these items in the midst of everything else they had to think about.

Due to Good360’s partnerships with organizations like Fannie Mae, Hasbro, and Manna Worldwide we are able to preposition goods we know will be needed directly after a disaster to meet the needs of survivors as quickly as possible. Good360 will continue to partner with nonprofits and donors who understand the complexity of the disaster field and are willing to make and utilize donations in the most thoughtful way possible.