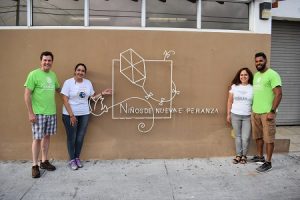 Niños de Nueva Esperanza was founded in 2001 by Fransiscan Father Angel Dario Carrero after he lived in the community for some time and saw the immense need for a positive atmosphere for the children. The organization was started with the mission to provide psychological services, healthy recreation and artistic outlets for children in need in Sabana Seca, an area just north of Bayamon, PR.  Although Father Carrero passed away in 2011, Niños de Nueva Esperanza lives on with his vision of providing a safe, secure and constructive place for children to develop.

While Puerto Rico was impacted by Hurricane Irma, it was Maria that dealt the final blow across the island. Much like in St. Thomas, the rapid succession of these hurricanes caused damage on an unforeseen scale. Hurricane Maria was the third and deadliest storm of the hyperactive 2017 hurricane season. At its peak, the hurricane caused catastrophic damage and numerous fatalities across the northeastern Caribbean, compounding recovery efforts in areas already struck the week prior Recovery is still underway and will span decades. 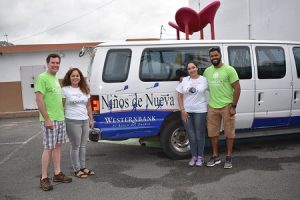 It was in this environment of disaster response that Good360 was introduced to Niños de Nueva Esperanza. Seeing the immense damage, disorganized official response and need for organizations supporting those on the ground, our nonprofit partner, Kaboom connected Good360 to Niños de Nueva.Good360 was able to send pillows, bedding, school supplies, toys, baby supplies, coloring books and other items that were used by Niños de Nueva Esperanza and distributed to the community. These items may not reverse the damage done by the 2017 hurricane season, but they give children and their families hope and confidence that their recovery is not ignored. Organizations like Niños de Nueva Esperanza have been invaluable to their community and will continue to contribute long after the media attention has left. Good360 looks forward to expanding partnerships with community organizations in Puerto Rico and will help see their recovery through to the end.