The La Soufrière volcano on the Caribbean island of St. Vincent began a series of explosive eruptions on April 9, sending clouds of hot ash some 20,000 feet into the air, blanketing much of the island in ash and causing water and electricity outages.

The latest and biggest eruption so far took place early on Monday, April 12, when the volcano sent deadly clouds of hot gas, ash and stones down the mountainsides. La Soufriere volcano blasted high volumes of ash and hot gas early Monday in the biggest explosive eruption yet since volcanic activity began on the eastern Caribbean island last week, with officials worried about the lives of those who have refused to evacuate. The explosions at the 3,864-foot volcano could continue for days or weeks, according to the UWI Seismic Research Centre.

To date, there are no reports of deaths or injuries. 16,000+ residents near the volcano were evacuated a day before the eruptions began, as concerns grew about activity on the volcano, which killed an estimated 1,600 people during a violent 1902 eruption. An unknown number of residents have declined to be moved, according to island officials.

The pandemic also is complicating response efforts. At least 14 new cases of COVID-19 have been reported since the eruptions began on Friday, and all those going to shelters are being tested. Those who test positive are taken to isolation centers. More than 3,700 people are in 84 government shelters.

Good360 is working with Global Citizen USA to get 10 containers to St Vincent via ship and/or air. 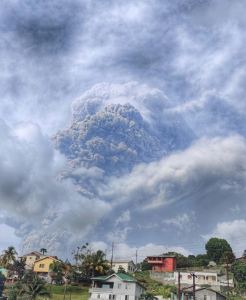 What Can You Do To Help?

If your organization is in need of products for wildfire response and prevention, please complete this brief form so we can determine how to best respond to your needs.

Cash donations are critical because they allow responding organizations like Good360 to provide exactly what support is needed in a timely fashion.

We ensure that the right goods are delivered to the right people at the right time – throughout all stages of disaster recovery.

We’ll be there in the early days with personal care items, supplies for shelters, and cleaning/mucking out products and we’ll be there long after the media spotlight has dimmed months and years later with furniture, mattresses, home goods and other necessities to help impacted communities through the recovery journey.

Our mission is to provide critically needed goods throughout all stages of a disaster. This means we’ll continue to provide support long after media interest fades. 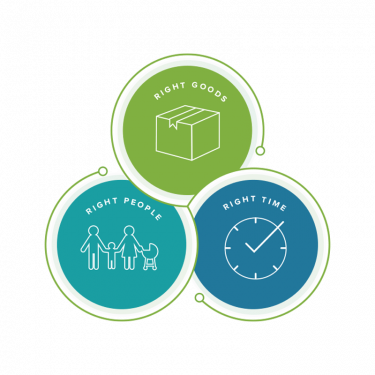 Thank You To Our Supporters