Why Nonprofits Should Act More Like Tech Startups - Good360

25 Apr Why Nonprofits Should Act More Like Tech Startups

Posted at 13:36h in Blog Posts by Shari Rudolph 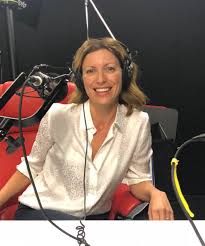 As one of the founders of a nascent nonprofit dedicated to gender equality issues, Kathleen Kelly Janus got a close look at the challenges of growing an organization that’s dependent on fundraising.

“We had a ton of momentum. We had a ton of buzz,” Janus recalls in an interview with Kara Swisher at the tech site, Recode. “And just when we hit our stride, we hit this wall. We couldn’t get the capital that we needed to grow the organization.”

That all-too-common experience led Janus to become “obsessed with understanding how nonprofits can get off the treadmill and attain organizational sustainability.” That obsession led her to spend five years traveling around the country and talking with founders of what she calls “breakthrough social startups,” their leadership teams, and the people who fund them. Janus would interview over a hundred entrepreneurs, academics and philanthropists.

Her conversations started with a simple question: “What’s the key to nonprofit success?”

The answers formed the basis for her book, “Social Startup Success: How the Best Nonprofits Launch, Scale Up, and Make a Difference.”

What Janus concluded from her interviews is that nonprofit organizations need to behave more like Silicon Valley startups to succeed. (Not coincidentally, Janus is also a lecturer in the Program on Social Entrepreneurship at Stanford University, where many tech founders have gotten their start.) 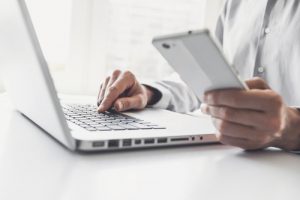 Here are the five strategies that Janus identifies as critical for emerging nonprofits to adopt if they want to scale up to $2 million in consistent annual revenue, the milestone at which she considers them to be sustainable.

Testing Ideas: Janus believes nonprofits should aim to test out new ideas quickly rather than putting all of their resources into a single solution. This approach is similar to the “lean startup” methodology that’s popular among tech entrepreneurs. It emphasizes the rapid creation of a “minimal viable product” or MVP and iterating constantly until you find the right product-market fit — while “failing fast” along the way.

However, nonprofits are very reluctant to admit failure because they get a majority of their funding through philanthropy, Janus says.

“The problem is that a lot of nonprofits get stuck on their individual solution and don’t really take the time to investigate whether they are solving the problem in the most effective way,” she tells Swisher. “Organizations that continue to be innovative as they grow are the ones that are able ensure that they’re having the most impact.”

Measuring Impact: In her book, Janus writes that nonprofits need to stop focusing on “outputs” (number of volunteer hours, number of meals served, etc.) and start tracking “outcomes” instead. An emphasis on outcomes positions organizations to consider the actual impact that they’re making, rather than merely measuring vanity metrics.

To produce outcomes that will directly change lives, organizations should develop a “theory of change” that examines “the causal links between an organization’s vision and its programmatic activities, detailing the intermediate outcomes and assumptions that must occur to achieve success.” Data points the way to seeing these links.

Nonprofits “want to know that they are having the most impact that they can possibly have. The problem is, it’s really hard to do that,” Janus says in the Recode interview. “Seventy-five percent of nonprofits say they collect data. Only 6 percent of them feel like they know how to use it well. We need to do a better job of supporting nonprofits to be more rigorous with their data to know how to use that data that they’re collecting so that they can figure out how to do better.”

To create a variety of income sources, nonprofits should be willing to experiment with different business models. Janus cites the example of Hot Bread Kitchen, a nonprofit social enterprise in New York City which trains low-income women on bread baking and then sells the bread to help the organization sustain itself. The outfit runs a cafe, sells wholesale to top restaurants and companies like Whole Foods, and even operates an incubator for small businesses in the food industry.

“Philanthropy is not dead, but where organizations can bring an earned income, it can be very useful,” she tells Swisher.

Leading Collaboratively: Janus advocates a bottom-up approach to leadership that leverages the resources, skills and insights of your entire staff, rather than leading from the top. Nonprofit leaders should realize that they can’t do it all themselves, so they need to work collaboratively within their organizations to get more things done.

“They’re flipping the traditional hierarchy of the CEO being on top and putting their staff upfront,” she says. “In the book, I talk about Jim Nordstrom who did this famously at Nordstrom [with] ‘The Nordstrom Way.’ He talked about how customers should be first, and the people who were closest to those customers, the salespeople on the floor, are the people who have the most control over the outcome.”

Storytelling: Lastly, Janus emphasizes the critical ability to tell a great story around your nonprofit’s mission. It’s a skill that everyone in the organization needs to develop, not just the CEO or the leadership team. The person working the phones at the reception desk can and should be a champion for your cause.

“Everybody needs the tools to be a brand ambassador for an organization,” she says. That could mean, for example, investing in a media coach to help shape your organization’s story and train your staff to deliver it in a more compelling way.

Janus admits that the strategies outlined in her book are not new — they’re just what the best nonprofits are doing to grow into sustainable organizations. They require a mindset shift so nonprofits can act more like startup businesses and not feel constrained by traditional thinking.

“We’re basically expecting nonprofits to solve some of the hardest issues of our time — like climate change and increasing inequality — with one hand tied behind their back,”Janus says in her interview. “[I’m] trying to figure out, well, what are the strategies that nonprofits are using to get ahead — like testing and innovation, measuring impact, fundraising more creatively, developing better ways of telling the story — so that we can teach the next generation of nonprofits, and the last generation of nonprofits, how to be more effective. These strategies are teachable and the problem is that we’re not teaching them.”