When It’s Smart for Nonprofits to Turn Down Donations - Good360 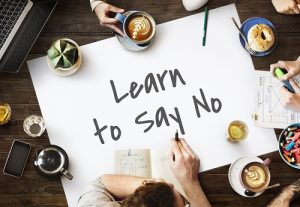 Earlier this summer, RAICES, the Texas-based nonprofit that has worked to reunite immigrant families separated at the U.S.-Mexico border, learned that it would be getting a $250,000 donation from a Silicon Valley tech company. Even for an organization as large and active as RAICES, which has raised tens of millions of dollars, receiving a single check of this size is a major event. But the group promptly turned it down.

Why? Because Salesforce, the prospective donor, refused to cut ties with U.S. Customs and Border Protection (CBP), one of its larger customers. Salesforce CEO Marc Benioff denied that his company’s contracts were related to CBP’s controversial immigration policies. The tech firm also promised to donate $1 million to help reunite separated families. But it wasn’t enough for RAICES.

However you feel about the politics in this case, it’s a situation that serves up a good lesson for other nonprofit organizations. Rejecting a donation isn’t something that any nonprofit or charity should do lightly, but sometimes it’s exactly the right course of action. Accepting donations, whether cash-based or in-kind, that don’t align with your organization’s goals, values, or mission could be disastrous in the long run.

Here are some excellent guidelines for evaluating when you should turn down a donation:

When the Donation Doesn’t Align with Your Core Values

Nonprofits depend on the generosity of donors not only to keep the lights on, but to make good on their mission. Donors only give to organizations that they know and trust. Therefore, it’s critical for nonprofits to continually reinforce that sense of trust in the minds of their supporters.

In other words, your reputation is your most important asset. By accepting a donation from a potential donor with values that bring your own into question, you risk eroding that trust. The larger the donation, the more attention it will generate and the more you need to consider the consequences.

How do you know if a potential donation or partnership could be detrimental to your reputation? It’s easier to know what might violate your core values if you have those values clearly defined and published for all to see ahead of time. You should also do a gut check. Do you feel completely comfortable talking about this donor? Would you be OK if the donation became public and was widely publicized?

“It’s not a good sign when you’re afraid to mention the donor’s name,” said Jeane Smiley-Mason, president of Gleaning For The World, the global aid organization. “When you want to hide the relationship, you really need to reconsider whether to accept the donation at all.”

When the Donation Will Distract from Your Mission

At Good360, we believe that to achieve our mission of transforming lives through product philanthropy we need to get the right products to the right people at the right time. This is our guiding principle as we evaluate what donations to send where and when.

In the aftermath of a high-profile natural disaster, we sometimes receive offers of product donations that aren’t the right fit, either because it’s not the appropriate time to be distributing those particular items or because the products won’t help the impacted communities we’re serving. For example, we might be offered donations of furniture immediately after a hurricane, but displaced families won’t need furniture until after they’ve finished rebuilding their homes — a process that could take many months or even years.

Similarly, you might find that some donations won’t help you advance your organizational goals, won’t serve your target audience, and, in the worst cases, could actually cost you extra time and money to accommodate. For example, Gleaning For The World has had to pay to destroy toxic chemicals that were part of donations that it unknowingly accepted.

To ensure that donations are aligned with your mission, it’s crucial to clearly define your mission as well as what issues you’re committed to working on. This also helps donors know if you’re the right fit for its giving programs.

For instance, Ecolab, the global provider of water sanitation technology, is a very active donor; it gave away more than $15 million in 2017 through its foundation. But the organization concentrates its giving in just four strategic areas: youth and education; civic and community development; environment and conservation; and arts and culture. Ecolab is also clear about what it won’t fund, including political groups, religious organizations, sports programs, and disease-specific causes.

These guidelines, which have been in place for decades, help the company direct donations where they can be used most effectively.

“We look at our philanthropy from the standpoint of where do we have our people and partners, where there is a need, and if the donations fall within our guidelines,” said Kris Taylor, vice president for global community relations at Ecolab. “We really want to do what’s relevant to the communities where we have facilities, people and business functions.”

When the Donation Has Too Many Restrictions

Large gifts sometimes come with strings attached. Donors might ask that the funds be used to benefit only specific groups or individuals, or be used for a specific location. We all want to keep our donors happy, but sometimes it’s best to say “thanks, but no thanks” when the restrictions threaten to compromise your values or mission, or prove to be more trouble than the original donation is worth.

For example, the Girl Scouts of Western Washington made headlines in 2015 when it refused a $100,000 donation because the donor didn’t want the money to be used to support transgendered girls.

Earlier this year, the Barry-Lawrence Library system in Missouri turned down a $3 million donation — a huge amount for the small library — because the donor wanted to build a new branch in a location that didn’t have a suitable building. Accepting the donation would have meant gut renovating an existing structure, a monumentally expensive task.

But the library system had wisely put in place a gift acceptance policy that allowed it to politely turn down this donor. The library’s policy is simply not to accept gifts with restrictions.

Saying ‘No’ Means Saying ‘Yes’ to Something Better

Refusing a donation is always a hard decision. It should be done carefully and with as much tact as possible so you don’t end up turning away more appropriate donations in the future. But being selective about your donations means you can achieve more clarity with your mission and focus on your long-term growth.

And rejecting a donation can lead to happier endings. After refusing to take the restricted $100K gift, the Girl Scouts launched a crowdfunding campaign to recoup the lost money. The campaign, dubbed #ForEVERYGirl, raised more than $300,000 — triple the original goal.

EcoLab, Gleaning for the Wo, nonprofit resource