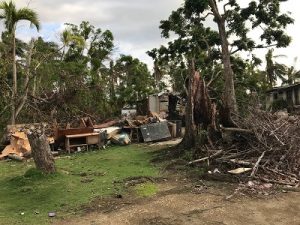 This August, nearly a year after Hurricane Maria became the worst storm to ever hit Puerto Rico, the death toll was officially raised to 2,975 from just 64.

The revised tally came after researchers at George Washington University’s Milken School of Public Health released their independent study. The official count now ranks Hurricane Maria as one of the worst natural disasters in U.S. history. More Americans died in Puerto Rico as a result of Maria than perished during Hurricane Katrina, which was believed to have killed more than 1,800 people.

As the Atlantic hurricane season hits its peak — and, right on schedule, Hurricane Florence is threatening the eastern seaboard with near Category 5 strength this week — Puerto Ricans are eyeing the skies with trepidation. As we have done since last September, Good360 is dedicated to activating our network of corporate donors and nonprofits to help the island in its long-term recovery as needed. That recovery is coming in fits and starts, to say the least.

Full power was finally restored to the country’s last remaining homes without electricity just this August — a full 11 months after the hurricane took out hundreds of power lines and left the entire island of more than 3 million people in a days-long blackout. As late as June, more than 11,000 residents were still living without power. Most of these literally powerless people lived in the island’s poorest enclaves, located in its rural, mountainous regions.

The recovery has been challenged by the island’s beleaguered and under-funded infrastructure, including an electrical grid maintained by a power authority that’s gone bankrupt. In April, the entire island lost power again after a single bulldozer struck a power line.

Residents have been left with a huge sense of frustration at the pace of progress.

“It’s been very slow,” said Michelle Rodríguez Maldonado, executive director of Niños de Nueva Esperanza, one of Good360’s closest nonprofit partners operating on the ground in Puerto Rico. “There’s still a lot of work to be done, but we try not to depend on the government for help.” 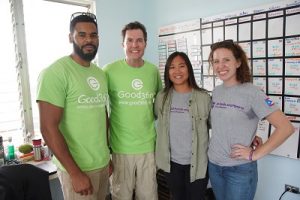 Our organization has been able to provide Niños de Nueva Esperanza with numerous supplies, including pillows, bedding, school supplies, toys, baby supplies, coloring books and other items. As its name suggests, the nonprofit normally focuses on creating a safe, secure and constructive place for children to develop.

However, the massive and widespread destruction left by Hurricane Maria has forced the community organization to “rethink what we were doing,” Maldonado said. The nonprofit now has expanded its outreach to help the elderly and other vulnerable populations still struggling to get back on their feet after the storm.

The reality is that Puerto Rico’s recovery will be years in the making, perhaps for a decade or more. Working through corporate and local partnerships, here are just a few of the notable ways that Good360 has been able to contribute to the rebuilding efforts:

With the help of these corporations and our nonprofit partners working on and off the island, we expect to be involved in Puerto Rico’s long-term recovery for many years. Through sustainable and innovative solutions, we not only want to help communities recover from the historic devastation of Maria, but also build up their resiliency to withstand future natural disasters.

If your company would like to partner with Good360 in this effort to help Puerto Rico rebuild, please contact Jim Alvey, director of disaster recovery partnerships, at jalvey@good360.org.