Posted at 09:30h in Blog Posts by Shari Rudolph 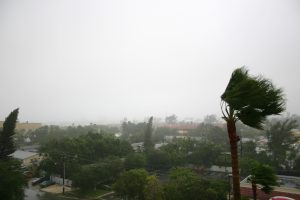 Even before the official start of the 2018 Atlantic hurricane season on June 1, the first named storm of the year — Tropical Storm Alfredo — brought deadly flooding and mudslides to the northern Gulf Coast. If the annual forecast from the National Oceanic and Atmospheric Administration (NOAA) holds up, Alfredo will only be the first of many major storms this year. NOAA forecasters are predicting a near- to above-normal hurricane season with a 70% likelihood of 10 to 16 named storms, of which 5 to 9 could become hurricanes. One to 4 of those hurricanes will likely rise to become a Category 3 or higher event. An average hurricane season produces around six hurricanes. The problem is that while climate predictions are getting better every year, there’s still a lot of uncertainty. Last year’s string of Category 4 hurricanes (Harvey, Irma and Maria) caught most scientists by surprise.

At Good360, we view uncertainty as an integral part of the disaster planning process. That’s why we pre-position relief products at strategic locations throughout the year. We also focus on the full lifecycle of a disaster so that we’re contributing to recovery efforts at every stage of need — not just in those chaotic early days and weeks. While we’ve been prepping for the 2018 hurricane season, we’ve also been busy collaborating with our corporate and nonprofit partners to meet the ongoing needs of communities still impacted by the devastation of 2017. In all, Good360 has worked to get $11.8 million in product donations for Hurricane Harvey relief, $3.1 million in donations for Irma-related efforts, and $2.8 million in donated products to Puerto Rico and the U.S. Virgin Islands in the aftermath of Hurricane Maria. For every $1 donated, we are able to produce approximately $20 worth of donations or more in some cases. Our ability to amplify cash donations in this way is one major reason for the success of our partnerships. In total, we are working with more than 50 on-the-ground organizations in these impacted regions and we are expanding our reach every day. 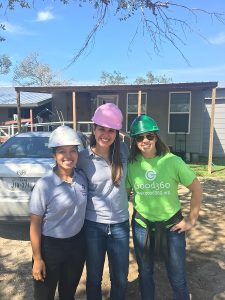 Home rebuilding is the focus of our collaboration with the Rebuild Texas Fund, one of our largest post-hurricane partnerships. The fund, which is supported by nearly 30,000 corporate and individual donors, with the Michael & Susan Dell Foundation as the lead contributor, awarded Good360 with a $250,000 grant earlier this year. Based on the success of the pilot program, the fund followed up with a grant of $1 million to expand our sourcing and distribution of needed goods to nonprofits actively involved in Hurricane Harvey recovery. You can see where we’re helping to rebuild homes in Texas with this interactive map. While many (but certainly not all) homeowners in Texas and Florida have moved well beyond the response stage of disaster, much of the population in Puerto Rico and the U.S. Virgin Islands is still reeling from the damage wrought by Hurricanes Maria and Irma. All throughout Puerto Rico, tarp coverings dot the landscape where solid roofs should be in their place. While officials say power has been restored to 98% of residents, media reports found that “swaths of hilly country across the island are still pitch black after dark, punctuated by lights run on private generators.”

In May, independent researchers estimated Puerto Rico’s Hurricane Maria death toll at approximately 4,600 — more than 70 times the official count. Many died not from the hurricane itself but from delayed medical care.

We have sent pallets of product donations to the island, including personal hygiene products such as shampoo, diapers and baby wipes; solar-powered lights and generators; and toys and coloring books to ease the trauma of children affected by the disaster. We also partnered with Serta Simmons Bedding to bring in seven containers of boxed mattresses. Working closely with nonprofit organizations on the ground in Puerto Rico, we’ve identified families who have secure homes that are ready to accept the mattresses. A home without a roof, for instance, wouldn’t be in a position to benefit from this donation. As the rebuilding process kicks into high gear in areas hard hit by Harvey, Irma and Maria, items such as mattresses, furniture, lumber, tools, insulation, paint, and roofing are now in much need. Through our established relationships with corporate partners such as RH (Restoration Hardware), Tempur Sealy, Home Depot, Rooms To Go, Grainger, and Armstrong Flooring, we’ve been able to provide these critically needed goods. 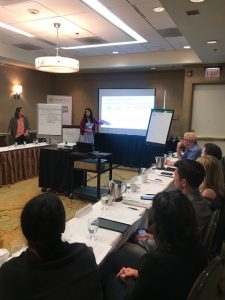 Along with sourcing and distributing product donations, we’ve also been heavily engaged in education and thought leadership on purposeful product philanthropy. In June, the Good360 Disaster Recovery Council convened for its second annual meeting, making big progress toward its mandates to leverage better data for disaster recovery efforts and to share best practices among public, private, and nonprofit leaders. As we look back at the tremendous devastation of 2017, the most expensive hurricane season on record, and look ahead to what this year might bring, bringing education and new thinking around innovative ways to approach disaster recovery remains vital to our mission. Jeff Schlegelmilch, deputy director at the National Center for Disaster Preparedness at Columbia University’s Earth Institute, echoed our thoughts when he wrote in Fortune magazine: “The disaster responses of 2017 nearly broke our national emergency management systems. As this next hurricane season begins, we cannot continue to rely on federal coffers to finance our complacency. The federal government is still necessary to guide a national strategy, and to provide resources where there is no viable alternative. But in the face of more billion-dollar disasters, leveraging the resources and influences that all sectors have on our society is the only sustainable way forward.”