Long-term Disaster Recovery: How Good360 Is Filling the Gap - Good360 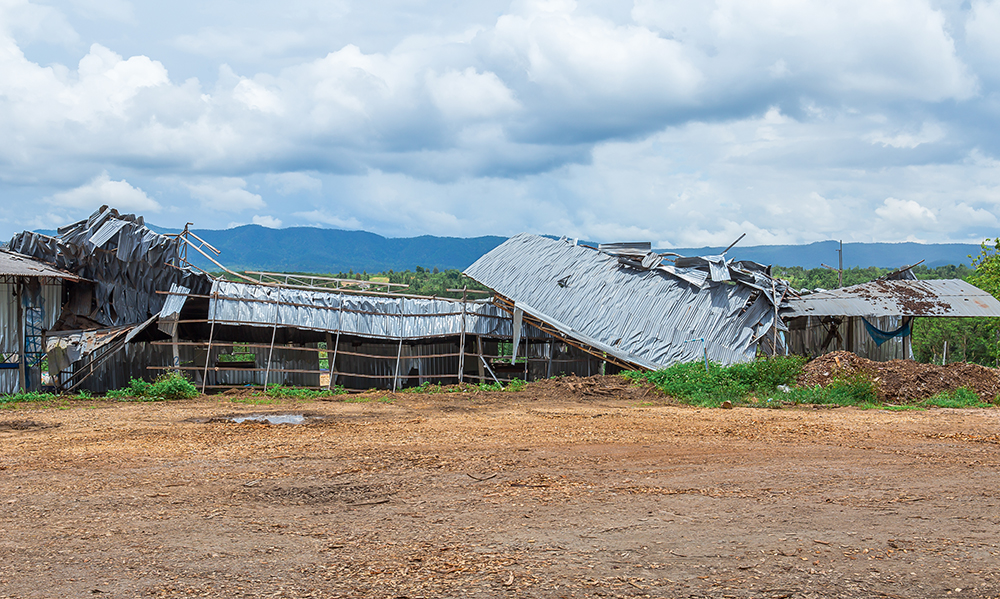 20 Jun Long-term Disaster Recovery: How Good360 Is Filling the Gap

A dozen years after Hurricane Katrina, New Orleans is still a tale of two cities.

One is a thriving, vibrant attraction for tourists who have returned in full force, awed by booming neighborhoods that look even more beautiful than before the floodwaters submerged 80 percent of the city and killed nearly a thousand residents.

The other is epitomized by enclaves like the Lower Ninth Ward, where the recovery has meant returning to pre-hurricane levels of poverty and violent crime. Where half of the population still hasn’t returned. Where tens of thousands of abandoned homes have been left to rot in the humid air.

“Ten years later, it is not exactly right to say that New Orleans is back. The city did not return, not as it was,” The New York Times observed on the 10th anniversary of the most destructive natural disaster in U.S. history.

While unique in the degree of devastation, Hurricane Katrina represents an all-too-familiar issue for those who work in emergency management: The road to recovery can be extremely long, lasting for months and even years. After immediate, emergency needs have been met, the recovery effort often requires more sustainable solutions, such as finding housing, reviving local businesses, and fixing infrastructure. Meeting these longterm needs is critical to the full recovery of impacted communities.

Understandably, the initial phase of any major disaster gets the most media coverage. Dollars and donations from national and regional philanthropic organizations, corporations, and members of the public come pouring in. The majority of philanthropy occurs right after a disaster takes place and is concentrated in emergency relief funding.

Of the $120.5 billion in federal spending related to Hurricane Katrina, the majority of it — some $75 billion — went to emergency relief, not rebuilding, according to The Data Center. As late as 2015, New Orleans had recovered only 80 percent of its pre-hurricane population, suggesting that many displaced families simply didn’t or couldn’t return to their homes. According to FiveThirtyEight, of the 175,000 black residents who left the city in the year after the storm, fully 75,000 never made it back.

While critical needs such as housing and employment remain in the prolonged aftermath of a disaster, the public’s interest often doesn’t. After the initial shock recedes, after the TV crews have left, after the donations have been given out (or thrown away because they couldn’t be used), the recovery stage gets far less attention — even among emergency management professionals.

“Disaster recovery represents the least understood aspect of emergency management,” according to the Handbook of Disaster Research.

The researchers found that “recovery practice traditionally emphasizes the management of federal assistance programs rather than a systematic identification of community needs and the development of a comprehensive strategy for long-term recovery and reconstruction.”

At Good360, one of our guiding principles is making sure that we’re addressing and meeting the actual needs of affected communities during every phase of a disaster, from the pre-planning stage where prepositioning of emergency supplies can be helpful to the slow sslog of long-term recovery. We have long been committed to delivering the right goods to the right people at the right time.

“It often takes years to help a region recover from a disaster, and that means that donations need to occur over the long haul — not just over the immediate few months right after the disaster strikes,” says Tiffany Everett, director of disaster recovery at Good360.

Good360 has developed various initiatives to address this critical gap in disaster recovery management. These include:

Each year, we facilitate the delivery of millions of dollars worth of product donations to disaster zones throughout North America and the globe. We have been particularly focused on providing recovery services related to the deadly tornadoes that swept through the southeast United States this January, the destruction along the eastern seaboard brought by Hurricane Matthew in September 2016, the continuing water crisis in Flint, Mich., and the massive flooding in Louisiana in August 2016.

This June, Good360 teamed up with the nonprofit Eight Days of Hope to help hundreds of families in Lafayette Parish, Louisiana, who are still displaced from homes that were damaged or destroyed in the record-setting floods — more than nine months ago.

Conceived in the aftermath of Hurricane Katrina, Eight Days of Hope recruited several thousand volunteers from across the country to come to Lafayette to rebuild more than 200 homes. In partnership with Good360, leading luxury home furnishings company RH made a significant donation of the brand’s products to help bring these homes to life, including beds, dining tables and seating, living room sofas and chairs, rugs, bed and bath linens, and other meaningful items.

“We hear about major disasters as part of an ever-changing news cycle, so initial coverage is often complete and comprehensive, but as soon as the media leaves, the rest of the world tends to forget what these impacted communities are faced with,” says Good360 CEO Howard Sherman. “There is a major gap in disaster recovery today where the long-term rebuilding of communities is often neglected. The majority of giving happens within the first few weeks after a disaster, often leaving the long tail of recovery orphaned. A key goal of our partnership with Eight Days of Hope and benefactors like RH is to tackle this issue.”

In Flint, Michigan, we coordinated the donation and delivery of a truckload of 1,200 pillows, as well as the donation of oral hygiene kits and food to hundreds of families. While pillows don’t seem like a necessity in a water crisis, many of these families need financial assistance to help pay for all kinds of basics, such as bedding.

We believe education is a crucial component of promoting more informed giving. Our executives actively participate at annual events such as the NVOAD (National Voluntary Organizations Active in Disaster) conference and the National Disaster Relief Conference, speaking on strategies for long-term disaster recovery and making relationships with emergency management leaders from around the country. We make presentations throughout the year, and also publish a monthly newsletter called the DisasterRecovery360 Update. Sign up here to keep current on our latest disaster relief and recovery efforts.

We have formed the National Disaster Recovery Council to bring together important stakeholders to discuss and develop ways to be more effective during the recovery phase of disasters. The council includes representatives from UPS, Walmart, the Federal Emergency Management Agency (FEMA) and key nonprofits. It is partly funded by a grant from the UPS Foundation, the philanthropic arm of UPS.

“Our goal is to have the council be the catalyst for change in behavior on the donor side,” Everett says. “Because of their size and reach, these corporations can be thought leaders in disaster relief and recovery, and we want to facilitate these discussions around being more prepared to meet the long-term needs of impacted communities.”

In 2014, we unveiled a technology platform called DisasterRecovery360 to help corporations and individuals identify which product donations are most needed at any given time during a disaster, both in the initial emergency phase and through the long recovery. Using DisasterRecovery360, nonprofits in the disaster zone can update their donation wish lists as their needs change over time. This helps ensure that community needs are matched up with actual product donations. We are currently looking for ways to refine the platform to make it even more useful for companies and nonprofits alike.

In recent years, there has been an increasing call for more thoughtful philanthropy in the aftermath of major national and international disasters to prevent duplication of efforts and wasteful giving. With our extensive network of corporate and nonprofit partners, we believe Good360 can be a significant force within the emergency management and philanthropic communities to focus more attention on the long-term phase of disaster recovery.

After every major disaster, there are communities that get overlooked because their long-term needs are ever-changing and harder to meet. Through strategic giving, education, community building, and technology, we are committed to addressing this major gap in disaster recovery. Our aim is to tackle this issue with the sustained focus that it deserves to make the biggest impact possible.