Posted at 17:00h in Blog Posts by Shari Rudolph 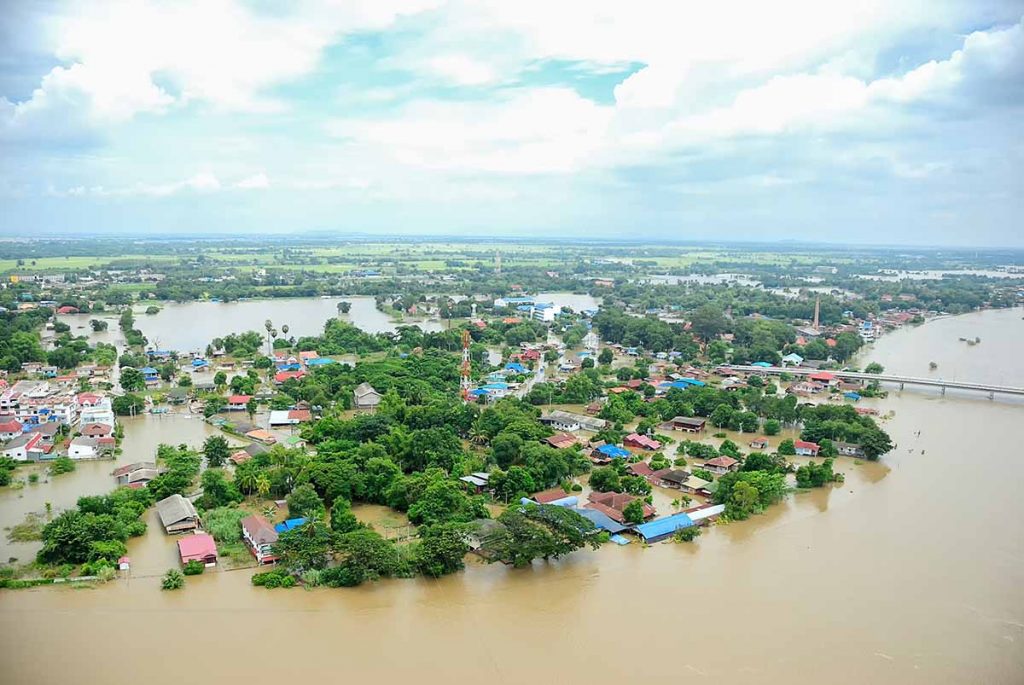 But behind that simple statement is a complex web of factors. There are many reasons why people living in poverty are generally less prepared before a disaster, experience more losses during a disaster, and are less able to recover after a disaster.

This is not a revelation. Numerous studies have shown that communities with lower socioeconomic status not only fare worse compared to more affluent groups when a disaster strikes, but they’re also at greater risk of facing a catastrophe in the first place. It’s also common sense — people with fewer resources aren’t going to bounce back as well after the shock of a disaster.

What is changing, however, is more action and accountability by foundations, grantmakers, policymakers and nonprofit organizations. When it comes to disaster planning, relief and recovery, these leaders are looking more closely at how they can help communities that have been made more vulnerable by entrenched inequities.

What’s more, climate change is turning up the heat, quite literally. Global warming is exacerbating socioeconomic disparities. With increasingly severe weather events expected to occur every year, it’s more urgent than ever to build disaster resilience within underserved communities.

Studies of long-term recovery after Katrina such as this one show that New Orleans residents were unequally prepared for and protected from disaster long before the levees broke. For instance, media images gave the impression that the majority of people who didn’t evacuate were poor Blacks. What wasn’t widely mentioned, if at all, was that 26% of New Orleans households did not own a vehicle compared to just 9% for the nation, according to Census data.

“Those with more resources — geographically diverse social networks, higher incomes, more education and access to transportation — evacuated before the storm hit, and those with the fewest resources sheltered in place or in shelters of last resort,” the study’s author notes.

In terms of recovery, we know that a much smaller percentage of African American families returned to their homes after Katrina than other racial groups, and predominantly Black neighbors took longer to recover than wealthier areas in New Orleans.

Unfortunately, an unequal recovery is the norm after a disaster. According to a study by Rice University and the University of Pittsburgh, in counties hit by natural disasters with at least $10 billion in damages, White communities gained an average $126,000 in wealth following recovery efforts. Meanwhile, Blacks, Latinos and Asians saw their wealth decrease between $10,000 and $29,000.

Communities of color and lower-income families also find themselves in areas more prone to catastrophe as a result of environmental discrimination. Without exception, the five cities most likely to be impacted by dangerous natural disasters occur in areas that have more racial diversity than the national average. And except for Riverside, Calif., these cities have far higher occurrences of poverty than the national average.

“It’s in the everyday living conditions that expose people to physical hazards, and result in the increased negative impacts of disaster events at the social, economic, political and psychological levels,” said Tanya Gulliver-Garcia, director of learning and partnerships at the Center for Disaster Philanthropy (CDP), who recently moderated a webinar on systemic racism and disaster recovery.

“The historical disinvestment in Black, Indigenous and people of color (BIPOC) communities is the underlying issue at the source of challenges and dangers that they face in the U.S. and in many areas of the world,” she added.

What these disparities mean for disaster recovery

Organizations working in disaster recovery, such as Good360, have an extraordinary responsibility to consider these existing socioeconomic inequities as we design our recovery strategies and initiatives.

Cassandra R. Davis, a research assistant professor at the University of North Carolina at Chapel Hill who studies the impact of disasters on low-income communities, cautioned against taking a “cookie cutter” approach in her comments at the CDP webinar.

For example, labeling certain groups as “vulnerable” doesn’t account for the differences in needs for a household in rural Kentucky who experiences a major flood versus the needs for a California woman who goes through an earthquake while living within an Indigenous, multigenerational family. That term also suggests that being vulnerable is a static situation that can’t be remedied.

In the best of all worlds, disaster recovery efforts would improve living conditions beyond what they were before the disaster occurred. But what actually happens is often the opposite.

Speaking about post-Katrina recovery efforts in the CDP webinar, Flozell Daniels, Jr., president and CEO of the Foundation for Louisiana, said “deeply racialized” initiatives and investments “ended up further marginalizing Black and Indigenous and persons of color and women.”

At Good360, we are committed to helping all communities recover successfully for the long-term after a disaster. But we recognize that these inequalities continue to exist and we must take them into account when planning for and responding to a catastrophic event. With the increasingly disastrous effects of climate change, the time for a more inclusive and effective approach to disaster recovery is more critical than ever.