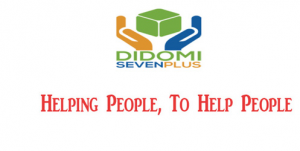 A thriving 11-county area in central Ohio, the Columbus Region leads the Midwest in terms of employment, population, and economic growth.

But scratch beneath the surface and you’ll start to realize that hundreds of thousands of families are just barely surviving. Many central Ohio residents have little or no financial stability. Eight of the 10 most common jobs in the state don’t actually pay enough to cover housing costs.

While the number of Ohioans receiving cash assistance has plummeted since welfare reform began 20 years ago, the poverty rate has jumped to 14.6 percent from 11.6 percent in 1997, according to a new report released just this week. That means more families are falling into poverty, but fewer of them are getting the help that they need. Stepping into this shrinking safety net is a new nonprofit based in Hebron, Ohio, with the interesting name of Didomi 7+. Established this July, the organization is one of Good360’s newest Community Redistribution Partners (CRP).

Like most of our other CRPs around the country, Didomi 7+ operates a warehouse that allows other nonprofits to get critically needed supplies at drastically 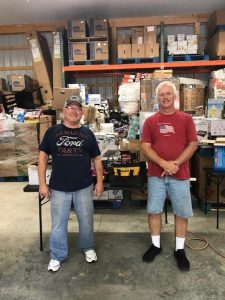 reduced costs compared to what they would spend at retail. That’s because the CRPs benefit from our network of corporate partners such as Walmart, The Home Depot, CVS Health, and many others that donate their excess inventory by the truckload.

Mimicking Good360’s overall model, the CRPs then redistribute these goods to their own network of member nonprofits, who usually pay a nominal administrative fee to get access to the product donations. Didomi 7+ is helping a wide range of nonprofits get the supplies they need to run their operations, including drug rehab centers, women’s shelters, churches, and animal welfare organizations.

Didomi’s founder and president Glen Gram created the nonprofit after retiring from a successful career as vice president at a major IT firm. He also worked for the Kroger company in a regional warehouse and for the U.S. Air Force. He has served the public sector for more than 33 years, helping government organizations and churches to improve operations and their capacity to serve clients.

He also leads a congregation as a pastor in Kirkersville, and it’s this lifelong calling to serve others that led Glen to seriously consider establishing a Good360 CRP. He also benefited from the mentorship of John Geissler, a friend and fellow pastor who runs Agape Distribution in Sidney, Ohio — one of the largest and most active CRPs in our network.

(We profiled Pastor Geissler and Agape in this blog back in July.)

“I was looking for something to do when I retired. I prayed about it and felt like God was calling me into this as the next season of what I should do with my life,” Glen recalls.

So strong was his faith in embarking on this next chapter that Glen convinced his wife, Bernie, to downsize from their family home of 20 years. They used the proceeds to buy a property with a smaller home and a warehouse to start operating the CRP.

She now serves as secretary in the nonprofit, which has become something of a family business. Most of the couple’s children of various ages pitch in. Glen’s daughter Christine is the grant manager and her husband, Trevor, is the general manager.  Another daughter, Kaitlin, serves as the treasurer.

In fact, the organization’s name, Didomi Seven Plus, alludes to the couple’s children and the rest of the family that’s supporting the nonprofit. “Didomi” is a New Testament word that means “to give” or to bestow a gift.

And that’s exactly how Glen and family see as their mission — to give as much as possible to the community that they’ve lived in for decades. While his background in management and finance has proved helpful on the operations side, Glen says the biggest challenge for him has been getting the word out and teaching people about the CRP’s unique model of redistributing goods to other nonprofits.

“When I initially talk to people, they usually don’t get it,” he says. “They have to come out to the warehouse to see it. Once they come to the warehouse, they’re sold and they’re impressed, and they bring back their friends.”

For Glen, the greatest satisfaction comes from knowing that he’s empowering other nonprofits to do their good work throughout central Ohio.

“There’s a large need in our region,” he says. “There’s a fair amount of disposable income in this area, but it’s not always getting to the people who need the help. We can bridge that gap. It’s been really exciting to help others and see how thankful they’ve been to receive it.”

Didomi 7+ is hosting a grand opening celebration on October 27 at its warehouse. If you’re interested in attending and learning about how the organization can help you, contact (740) 527-2473 for more information.