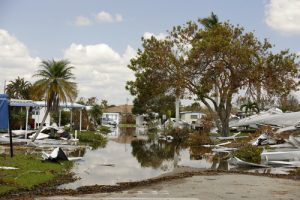 Nearly a year after Hurricane Irma first made landfall in the lower Florida Keys on September 10, 2017, leaving a trail of catastrophic damage in its wake, thousands of residents are still struggling to piece together their lives.

The islands of southern Florida took a direct hit from the Category 4 storm and endured devastation not seen in a generation. Throughout the Keys, one in 10 homes was either completely destroyed or extensively damaged. In the lower-income community of Big Pine Key, where nearly 10 percent of the population lives under the poverty line, almost 25 percent of structures was left in ruins or suffered major damage.

While many families have chosen to leave the Keys altogether and rebuild elsewhere, others have decided to stay in an attempt to salvage what they can. Although local governments have spent at least $150 million on Irma cleanup efforts and tourists are inching their way back, many residents are still in desperate need of assistance.

“I think people, at least in Big Pine, are getting tired of hearing how the Keys have recovered and everything is going great,” said a local named Bill Tubbs in an interview with Marketplace. “And — it’s not, for a lot of us.”

The hurricane also exacerbated a decades-long problem in the Keys: the severe lack of affordable housing, the result of environmental restrictions on new construction and rising land values.

The challenges facing the island communities came to the attention of Good360 through Keys Strong, a coalition of nonprofits and civic organizations dedicated to the long-term recovery of hurricane-impacted families in Monroe County. We then reached out to Rooms To Go, the Florida-based furniture retailer and a key partner in previous disaster recovery projects with Good360.

We learned that many families in need were located away from the high-profile tourist areas in the Keys, where most of the relief efforts have been focused. 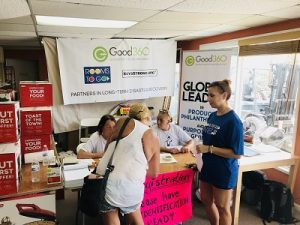 Working with Keys Strong, we wanted the furniture donations to benefit a wide swath of people throughout the islands, not just in Key West. Good360 tries to help the communities that have been forgotten in disaster recoveries, and this event was a prime example of that approach.

All of these families saw their homes heavily damaged from Irma’s sustained winds of 120 miles per hour and the 17 inches of flood water that rushed in. While waiting for repairs to be done on their homes, many were forced to sleep on blankets on the floor or use lawn chairs in their living room because they couldn’t afford to buy new furniture. One family decided to take a chance on some used furniture and discovered that the couch they received was full of fleas, which then infested their home.

Keys Strong, which developed out of the community service center and housing shelter known as Samuel’s House, used its database of families to identify ones that would be able to benefit most from the furniture donation. Representatives from the organization then met with each household to understand their specific needs and requests. 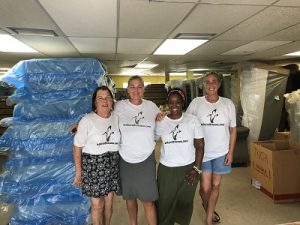 We then approached our trusted partner, Rooms To Go, to provide the furniture for these families. Having partnered with us for a similar donation event in Baton Rouge, Rooms To Go agreed once again to provide all of the furniture needs for each of the 48 families. The retailer even sent multiple options of each item so families could pick out what would work best in their home.

“My mother’s home took on four feet of water and we thought it was a total loss,” recalled Gloria Hollahan, a U.S. Army veteran and a Keys resident. “But through the help of Keys Strong, Good360 and Rooms to Go, we have been able to make a nearly full recovery. It has been a long road but we finally got here and I wouldn’t have been able to do it without the help from these people.” 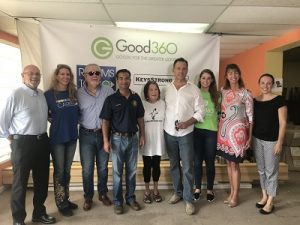 Echoing the sentiments of the families, Curbelo expressed gratitude for the collaborative effort to get these critically needed donations to the Keys.

“Thank you so much to Rooms To Go, Keys Strong and Good360 for providing much needed relief to the Keys and supporting our community by making life a little better for people who have experienced a very tough year following the devastation of Hurricane Irma,” the congressman said. He also tweeted a photo of himself with Hollahan.

Good360 is dedicated to serving communities throughout long-term recovery cycle and ensuring that the right product is going to the right people at the right time. We are able to achieve that goal through partnerships with organizations such Keys Strong, Rooms To Go and Storebound. These organizations understand the importance of long-term recovery and chose to give thoughtfully, while providing a sense of dignity and hope to families to rebuild their lives.