In Puerto Rico, the blue tarps are still everywhere.

After the devastating hurricane season of 2017, the Federal Emergency Management Agency (FEMA) handed out thousands of tarps to residents who turned them into makeshift roofs. More than two years after Hurricanes Irma and Maria, tens of thousands of blue squares still dot the island.

It’s just one sign out of many that Puerto Rico’s road to recovery will be years in the making and it will not be easy.

With this reality of long-term recovery top of mind, the CGI Action Network on Post-Disaster Recovery reconvened in the capital city of San Juan in mid-February, marking its third in-person session since its inception.

So far, the CGI Action Network has brought together 750 organizations from across various sectors and produced 85 specific plans to promote recovery and long-term resiliency. Good360 was one of the organizations that was able to put forth a concrete initiative to advance recovery on the island.

We launched an actionable mission to push high-profile corporations to take on a more proactive, needs-based, and long-term approach to disaster giving. We committed to bringing on 25 new corporations as signees to our Resilient Response initiative, which centers around a six-point pledge to be more thoughtful and 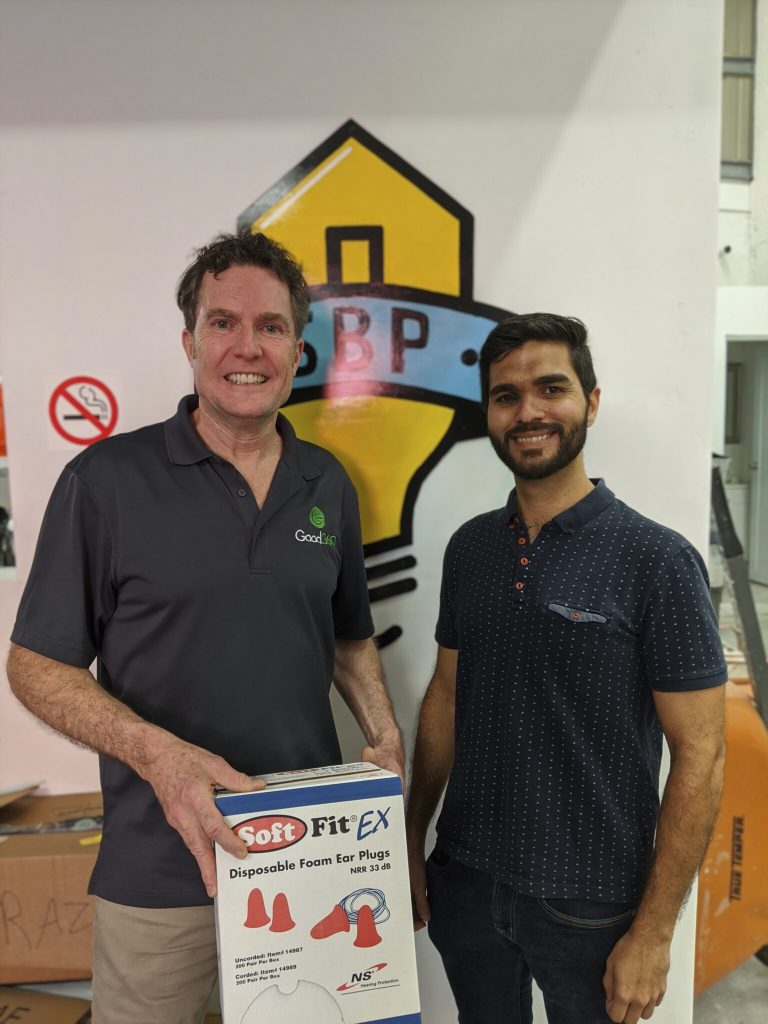 effective when it comes to disaster response.

At this recent meeting of the CGI Action Network on Post-Disaster Recovery, Jim Alvey, Good360’s Director of Partnerships for Disaster Recovery, shared the stage with Clinton as he gave the former president a positive progress report — so far, 38 corporations have signed our pledge. These companies represent some of the most well-known brands in the world, including Walmart, the UPS Foundation, Airbnb, and Dow.

In his summary report, Alvey touched on next steps for the Resilient Response program: establishing benchmark and measurement approaches that corporations can use to gauge their disaster engagement and effectiveness. We will use these tools to help companies understand specific steps they should take to make their disaster giving and response more effective.

While in Puerto Rico, Alvey also took the opportunity to check in on other recovery efforts that Good360 is leading on the island. One of these involves the installation of a mobile, solar-powered water filtration unit, made possible through a $50,000 grant from Knorr-Bremse Global Care (Bendix company’s philanthropic foundation).

The water filtration system will be delivered in March to Centros Sor Isolina Ferre Puerto Rico (CSIF PR). Since Hurricane Maria, the nonprofit agency has distributed more than 300,000 pounds of food, 18,000 gallons of water, and 94 pallets of hygiene products, solar lamps, batteries, bug spray and other household goods, thanks to shipping provided by the UPS Foundation.

Located in a high-poverty area, the Ponce-based organization served as a critically needed hub during Hurricane Maria and several recent earthquakes, providing power, water and food to tens of thousands of people. The water filtration unit will allow the agency to provide these services, even when the power grid is down (a frequent problem in Puerto Rico).

While visiting Ponce, Alvey found minimal visible structural damage from the swarm of earthquakes that have hit Puerto Rico since December. However, schools have been closed for more than six weeks as officials inspect and confirm the safety of all school buildings. And tens of thousands of people are living in tent communities in areas that have seen much more severe damage.

Alvey was also able to volunteer along with the Limestone Baptist Association (Alabama) team in Guanica to distribute hygiene kits at the school’s “tent campus.” Students have not been able to attend their regular school since an earthquake in January. Volunteers erected a makeshift campus out of tents on Guanica High School’s football field.

More than 100 families are living in tents near Ponce. They are using tents obtained through Good360 and donated by Amazon and United Way.

Clearly, the long road to recovery is just beginning for Puerto Rico and other Caribbean nations devastated by the severe storms of 2017. Good360 is committed to staying in the region and collaborating with nonprofit partners on the ground to provide resources for the long-term. Meanwhile, we are also strengthening our Resilient Response initiative to encourage more corporations to give with greater impact in mind.