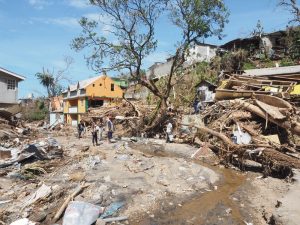 When Hurricane Maria walloped Puerto Rico and the U.S. Virgin Islands in 2017, the historic storm exposed major flaws in the U.S. response to natural disasters.

First, there is the tendency to wait until a disaster occurs to react and mobilize, rather than proactively shoring up vulnerable communities before an emergency requires it. Secondly, the worst hurricane to hit the island nation came on the heels of two other monster storms that season (Hurricanes Harvey and Irma) — and underscored the limits of the Federal Emergency Management Agency’s capabilities.

In an internal post-mortem report, the agency candidly admitted that it was woefully unprepared to help Puerto Rico after the string of huge hurricanes. Then-FEMA Administrator Brock Long noted that all levels of government (federal, state and local) need to work better together to respond more efficiently to a heavy load of large-scale events.

“These disasters demonstrate that our current organizing structures are insufficient to promote this collaboration,” Long wrote in the foreword. “With this report, FEMA and the emergency management community have an opportunity to learn from the 2017 hurricane season and build a more prepared and resilient nation.”

In large part due to 2017’s unusually destructive hurricane season, there is a growing sense among government and private sector leaders that a new approach to disaster response is critically needed. In fall 2018, Congress took a significant step toward this goal by passing the Disaster Recovery Reform Act of 2018 (DRRA) and sending it to the president to sign into law.

The DRRA allows for important updates to the Stafford Act, which governs how the nation prepares for and responds to natural disasters. It addresses some of the gaps in disaster planning and preparedness that came to the forefront in 2017, but have been brewing for decades already.

According to recent research, society saves $6 for every $1 that’s invested in mitigation efforts (a cost-benefit ratio of 6:1). Thankfully, the DRRA recognizes the enormous benefits of taking proactive measures to build more resiliency before disasters strike, and is putting money toward this goal

Under the DRRA, an amount equal to six percent of the post-disaster assistance that FEMA provides each year will be added to the agency’s Pre-Disaster Mitigation fund. In prior years, the mitigation fund has been inadequately seeded. The new law will give FEMA a guaranteed source of funding to fund public infrastructure projects that will allow communities to better withstand future disasters 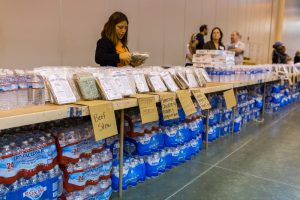 Rebuilding with resiliency in mind

Previously, the Stafford Act restricted reconstruction to “substantially similar” infrastructure pre-disaster or to existing local codes. Of course, this meant that communities were essentially prevented from improving upon their infrastructure and resiliency for the next disaster. A 2018 investigation by The New York Times found that FEMA has spent billions perpetuating this “cycle of damage and repair.”

“An examination of projects across the country’s ever-expanding flood zones reveals that decisions to rebuild in place, often made seemingly in defiance of climate change, have at times left structures just as defenseless against the next storm,” the paper reported.

The DRRA will now allow communities to rebuild with higher standards in mind. That means a damaged electrical plant or levee can now be reconstructed with the latest technology and specifications designed to improve resiliency.

The DRRA recognizes that state, local and tribal governments have the best understanding of what’s needed to rebuild communities after a disaster. As such, the law expands the ability of non-federal agencies to manage their own disaster recovery.

For example, the new regulations allow states the flexibility to administer their own post-disaster housing programs and incentivizes housing strategies that are innovative and cost effective. 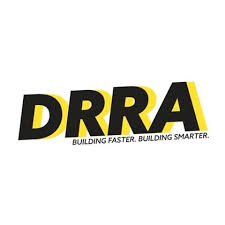 All together, we at Good360 believe DRRA is an excellent step in the right direction. While significant gaps remain in how large-scale disasters are handled, in both the public and private sectors, we are heartened by the acknowledgement that there should be a much greater focus on disaster mitigation and building resiliency.