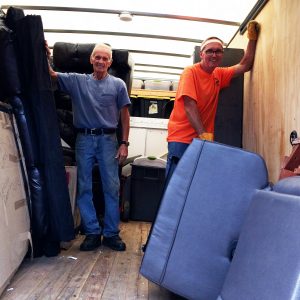 Appalachia, the swath of heartland America that stretches from the southern tier of New York to the northern reaches of Alabama and Georgia, is home to roughly 25 million people and some of the deepest pockets of poverty in the country.

Consider these facts from the federally funded Appalachian Regional Commission:

This picture of economic distress is most evident in Kentucky where 25.4% of households live in poverty.

Not coincidentally, Kentucky is also home to Christian Appalachian Project (CAP), which has been committed to improving the lives of Appalachian residents since 1964. The nonprofit organization, the 15th largest human services charity in the nation, touches more than 1 million lives a year.

CAP is able to achieve this level of impact because it is one of the most active and most experienced Community Redistribution Partners (CRP) within the Good360 network. CAP has been a Good360 partner for some 25 years, making it one of our oldest nonprofit partnerships. 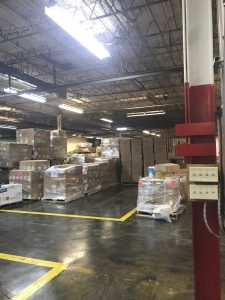 Our CRPs typically operate warehouses where other nonprofit organizations and charities can obtain donated or heavily-discounted products that they need to serve their local communities, including office supplies, furniture, cleaning supplies, hardware, clothing, and personal hygiene products. These items are sourced from Good360’s corporate partners such as Walmart and Home Depot, and redistributed to the CRP’s own network. In essence, the CRPs act as Good360 regional hubs, allowing us to amplify our impact across the country.

CAP is unusual for a CRP in two main ways: First, it operates not one but three warehouses — one in Corbin, KY; another in Paintsville, KY; and the third in Oneida, TN, which it co-manages with Operating Sharing Tennessee.

Secondly, CAP doesn’t charge its member nonprofits a single fee or freight charge to procure its products, whereas other CRPs may ask for a small handling fee to defray the costs incurred in obtaining, storing and distributing the product.. Because CAP is completely supported by private donations and fundraisers, it can offer a generous no-fee model.

With its three warehouses, CAP serves some 2,000 charities, churches, schools, shelters, and other qualified nonprofits. In turn, each of these organizations is helping to meet the needs of hundreds or thousands of low-income or no-income people.

In particular, the collapse of the coal mining industry over the last few decades has stripped away tens of thousands of well-paying jobs that have sustained families for generations.

“There aren’t too many factories or companies that have moved in to replace those coal mining jobs,” Burchett said. “As a result, we’ve seen the need for assistance increase every year. We’re seeing poverty everywhere. Food scarcity is a big problem here.” 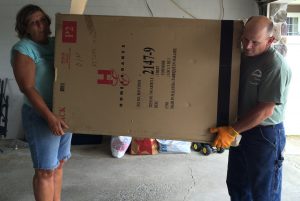 Donated goods from Good360 also find their way into these other programs, whether it’s winter apparel from a major retailer or furniture to outfit meeting rooms and offices.

“We try to get products that help infants, all the way up to the elderly,” Burchett said. “We’re working with low-income families and those with no income or fixed incomes. Every item that we are able to distribute at no cost to these families means they can spend their money on other critical things, like food or medicine.”

With Appalachia’s dominant industry in perpetual decline, the public assistance that CAP can provide via Good360’s CRP donations is only becoming more and more critical. No wonder the semi-trucks for CAP’s Operation Sharing program are emblazoned with the words, “We Deliver Hope.”

At Good360, we are proud to support this kind of hope with regular donations of needed goods. Our partnerships with exemplary nonprofits like CAP enable us to collectively help build the resiliency of our local communities.