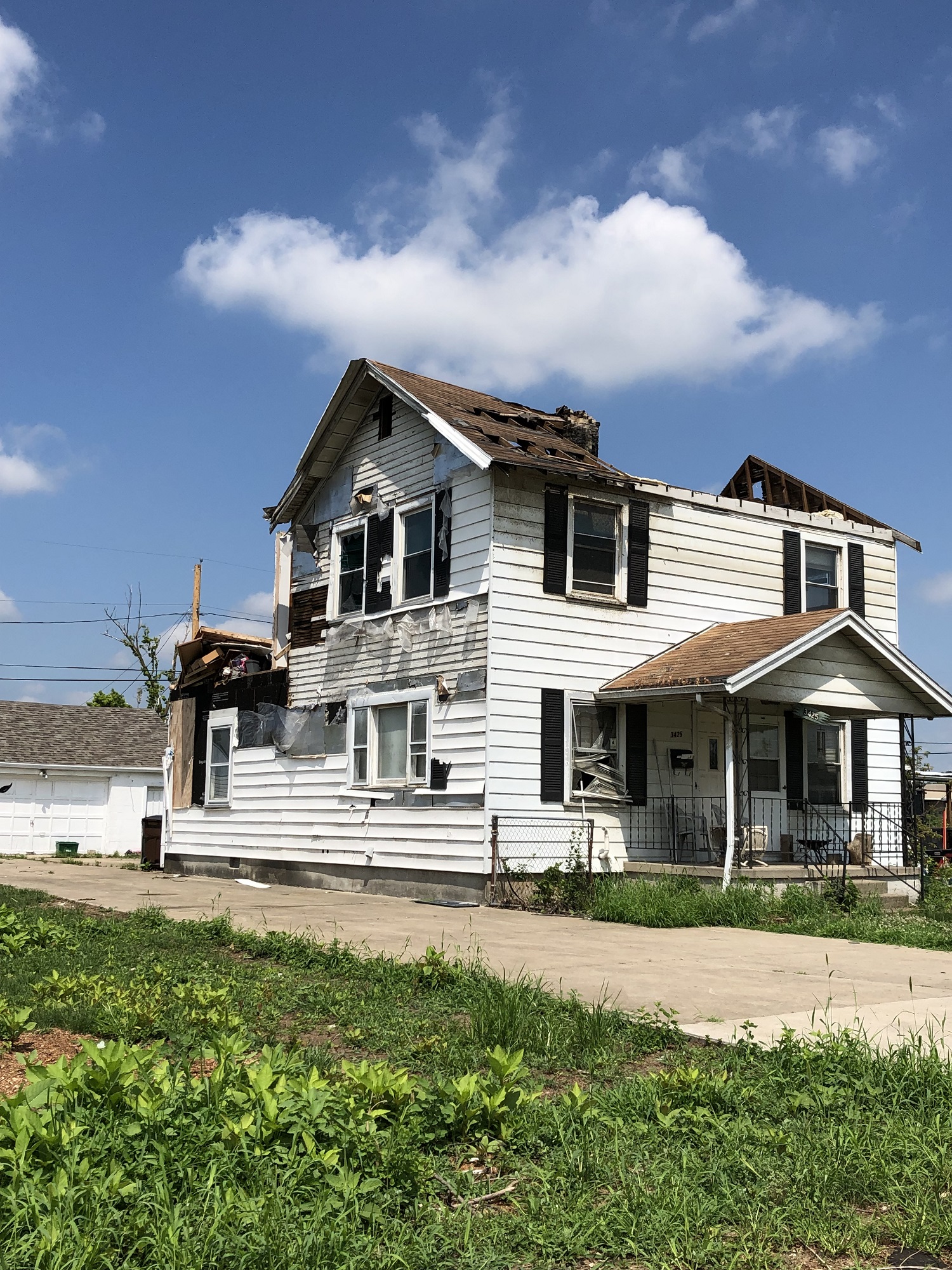 As temperatures turn cooler around the country, the Dayton, Ohio, area is still reeling from a string of devastating tornadoes earlier in the season. While the disaster hasn’t generated massive national press coverage, Good360 is committed to collaborating closely with nonprofit leaders in the area to provide help for the long haul.

Late in the evening on Memorial Day, after most families had cleared away the leftovers from their start-of-the-summer barbecues and gone to bed, a horrific swarm of tornadoes struck highly populated areas of Dayton and other nearby communities.

The National Weather Service estimates 15 twisters touched down in the Miami Valley region in southwest Ohio, which includes Dayton, Springfield, Middletown and Hamilton. The storms were so packed together that one tornado may have crossed the path of an earlier one.

They were among 53 tornadoes that touched down in eight states that night and early morning, and part of more than 500 twisters that made May the third-highest month on record for tornadoes in the U.S.

Thanks to timely alerts, the tornado outbreak in Miami Valley miraculously resulted in only one confirmed fatality — when winds of more than 140 miles per hour literally tossed a parked car into an elderly man’s home. The storms also ripped off roofs, smashed homes, blew out windows and injured at least 90 people. With their homes completely destroyed or heavily damaged, several thousand people in the region have been displaced.

The disaster has spurred a coalition of community organizations to coordinate an extensive response and get families what they need to rebuild and furnish their homes. Good360 is proud to be able to contribute to the rebuilding effort through the distribution of critically needed goods.

In particular, we have been partnering with two Dayton-area nonprofits — Manna Worldwide and Society of St. Vincent de Paul — that maintain large warehouses in the area and have the ability to store and distribute donations to other organizations providing aid to tornado victims. In fact, Manna Worldwide already serves as a Good360 Community Redistribution Partner or CRP, an operating model that allows it to obtain product donations at scale from our corporate donors and redistribute them to other charities and nonprofit agencies. 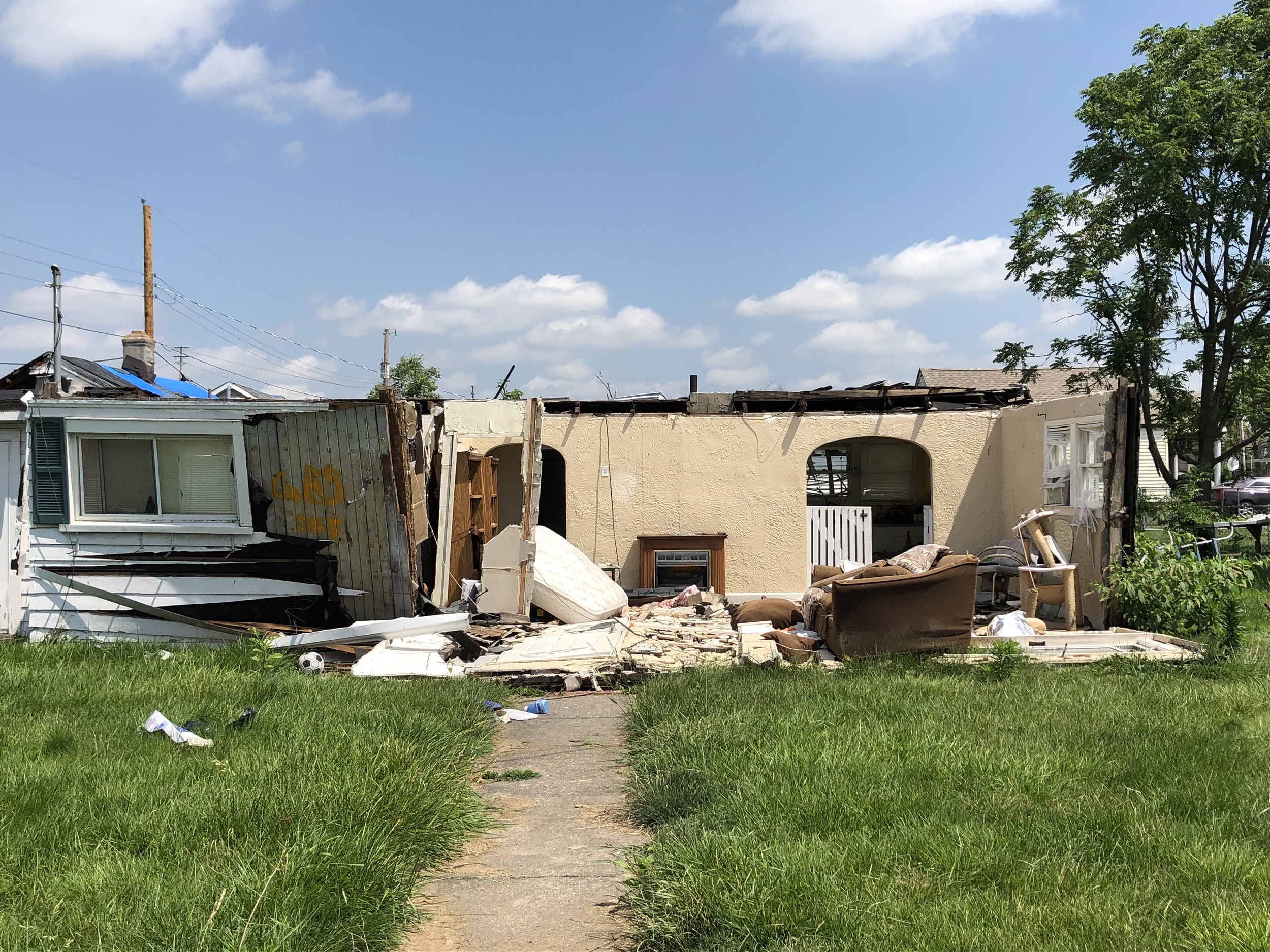 Manna Worldwide and St. Vincent de Paul also provided case management assistance to identify local families that were impacted by the tornadoes and learn about their specific needs as they rebuild their homes. To get the donations to these families, the organizations have been working closely with Declare, a Dayton-based Christian nonprofit that activated some 1,500 volunteers from its “Living City Project” to sort through the inventory of products in the warehouses and deliver them to the impacted neighborhoods.

As a result of this highly collaborative partnership of nonprofits, approximately 260 families have been able to completely refurnish their homes after the tornadoes. Another group of 150 families have been identified, with the goal of assisting at least 600 in all.

For these tornado survivors, Good360 has been able to provide everything from shampoo to sofas, including household goods such as pots, pans, linens and bathroom sets, and heavier furniture such as televisions, new beds, tables and chairs.

This week, we held a special donation event with 20 volunteers from AxoGen, a Florida company which serves patients with nerve damage, along with representatives from Manna Worldwide, St. Vincent de Paul, and Declare’s Living City Project. With the help of the AxoGen volunteers, we were able to furnish 10 homes in less than three hours. 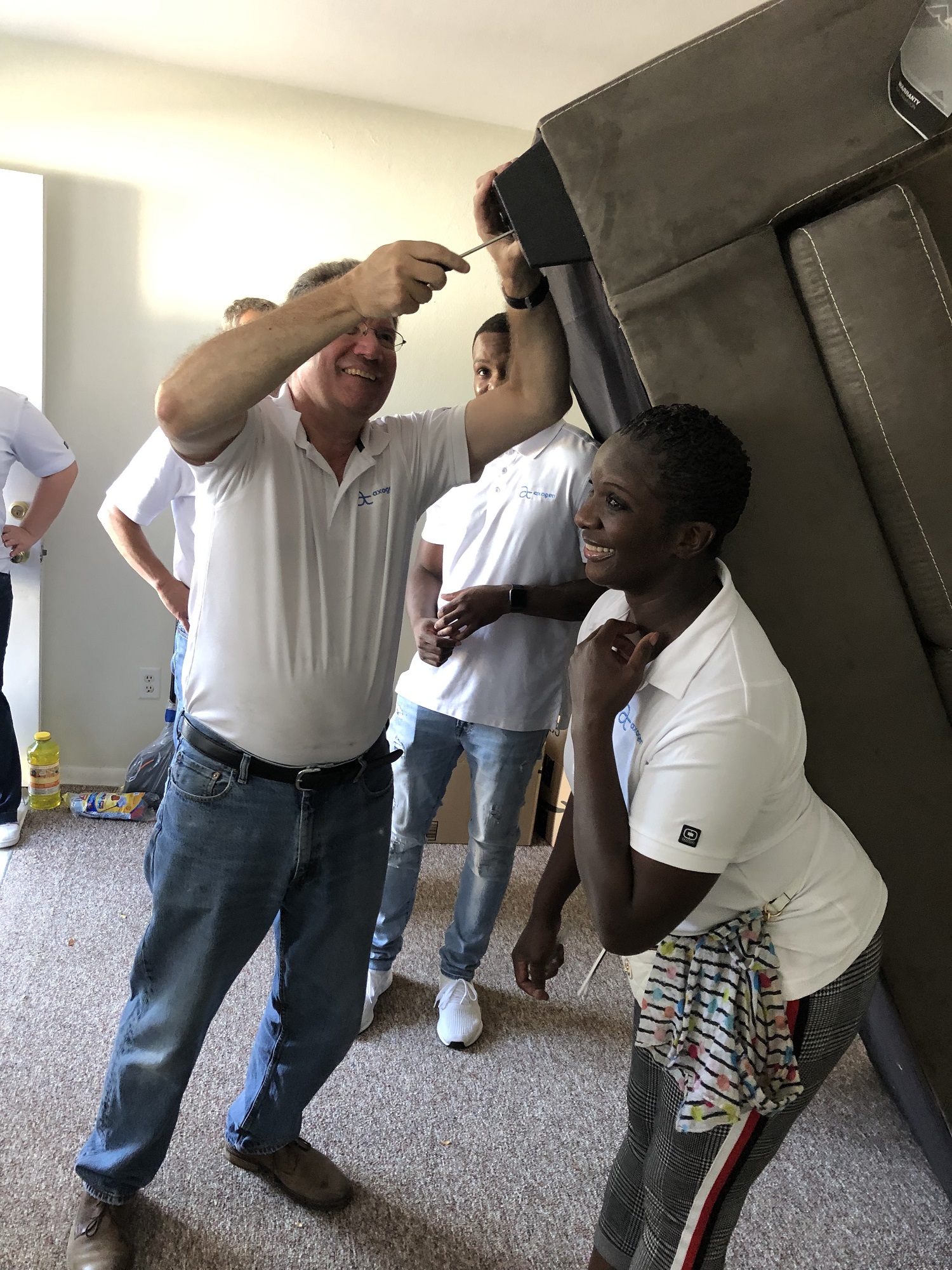 We arrived two trucks loaded with donations from both Good360 and our other partners. The donations included sofas, love seats, bedding, kitchen utensils, TVs, and cleaning supplies.

Each of the families had been displaced since Memorial Day and were just now receiving these items. Most had moved out of their damaged dwellings and these furnishings were the last component of goods that would help make their new house truly a home. The families all expressed hearty thanks and gratitude for their fresh start.

A major benefit of this tight, cross-agency collaboration has been the ability to quickly identify the impacted families and understand their specific needs.

“After the tornadoes hit, Manna Worldwide began contacting strategic partners throughout the area and established an emergency response plan to ensure that these resources were effectively distributed to those who needed it the most,” said Manna Worldwide vice president Jason Harmeyer. “Over the past few months, we have been amazed by not only the generosity of Good360 and its corporate partners, but also by the compassion of hundreds of volunteers who united together over the days and weeks to help out.”

Krys Davidson, manager of community enterprises for St. Vincent de Paul, said the relief effort would not have been nearly as effective without this collaboration and without access to the large amount of donated product.

“My first thought was: What am I going to do? I don’t have enough supplies for these people,” Davidson said. “Then the trucks started arriving and we were ready to go. It was all very well done on everyone’s part. We were very fortunate to have this large of a warehouse space available, and we could not have done this without Good360’s help to get the right products, no way.”

Davidson also pointed out that a disaster on this scale will take at least 15 months to 24 months for the community to fully rebuild. Along with our local partners, Good360 intends to stay through the long tail of the recovery while looking for opportunities to strengthen the community’s resilience to withstand the next disaster. 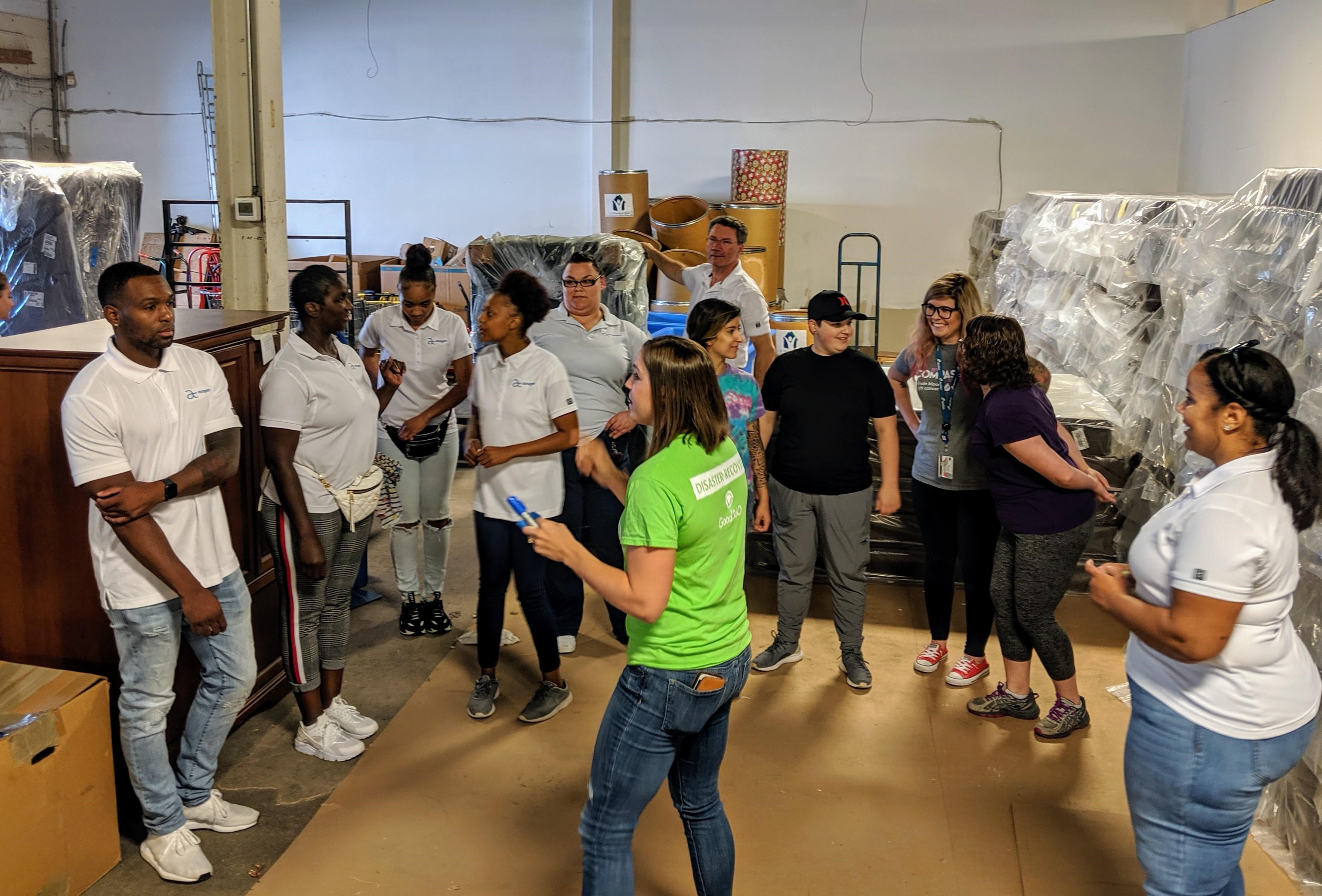 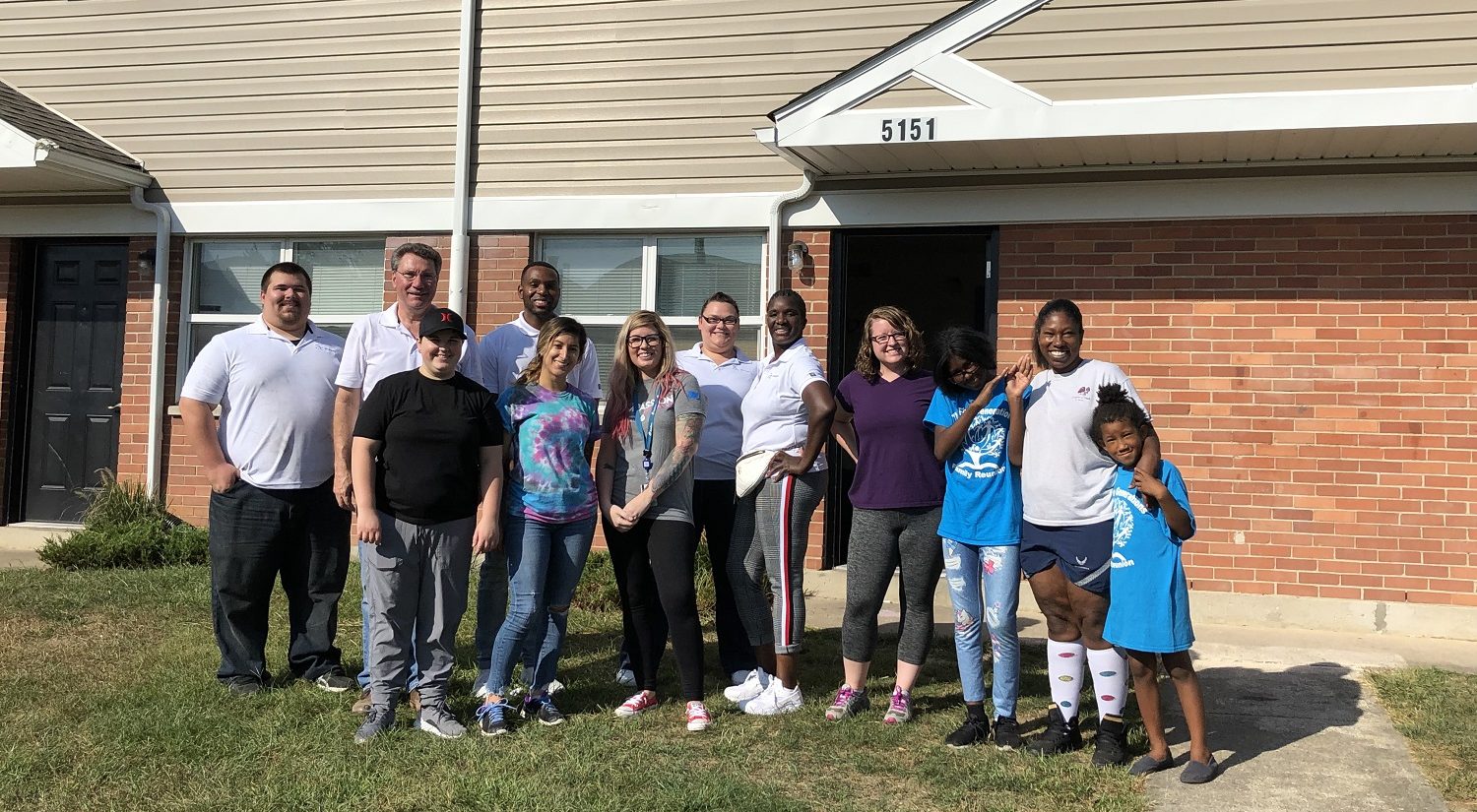 To learn more about the recovery efforts Good360 is supporting for the Midwest Storms or how you can help click here: https://good360.org/disaster/midwest-storms/