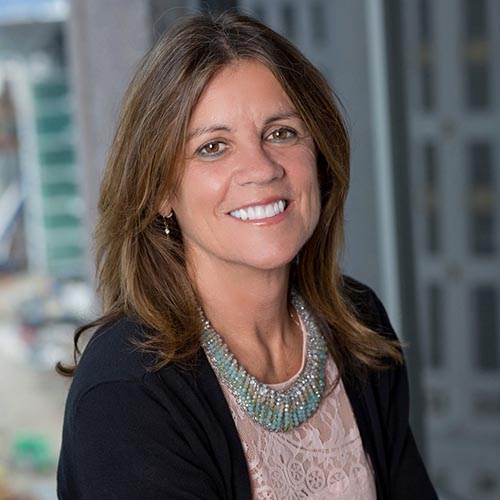 Seguin is the former president of UPS Global Freight Forwarding. Based in Atlanta, she oversaw air, ocean and rail freight forwarding as well as brokerage and supplier management for the 220 countries and territories UPS serves around the world. She held responsibility for five P&Ls and an operation that saw double-digit growth even with the global economic challenges of COVID-19.

Seguin previously served as president of the UPS Americas Region, based in Miami, where she was responsible for all UPS package and cargo operations and UPS supply chain solutions in Canada and more than 50 countries and territories across Latin America and the Caribbean. She oversaw the P&L for a region that employed 17,000 people and experienced double-digit financial growth in her last two years there.

Throughout her career with UPS, where she started as part-time hub supervisor in her hometown of St. Louis, Missouri, Seguin lived, worked and traveled all over the world for the company. She accepted a five-year assignment in Europe as part of an integration team with finance/accounting and operations, living in both the U.K. and France. She returned to the U.S. as air district controller at the company’s hub in Louisville, Kentucky. Seguin moved back into operations there and relocated to Detroit, then New Orleans, then Minnesota, where she held management positions. She moved to Milan, Italy, as managing director of UPS South Europe and was promoted to chief operating officer for Europe, Africa and the Middle East, based in Brussels, where she controlled the largest P&L of the international business units, with oversight for more than 40,000 employees.

A frequent speaker at business, industry and community events worldwide, Seguin says one of her toughest professional challenges was delivering a TED Talk in 2016 about the benefits of global trade titled “When Goods Cross Borders, Armies Stay Home.”

She chairs the Board of Trustees of William Woods University in Fulton, Missouri, where she earned a bachelor’s degree in marketing management before earning an MBA from Webster University in St. Louis, Missouri.

Seguin formerly served as chair of the World Trade Center Board of Directors in Miami and as an active board member of the Florida International University School of Business Dean’s Council. She also served as a board member for Fight Colorectal Cancer, the Women Presidents’ Organization and the Boys & Girls Clubs of America Southeast Region.

Seguin is an avid runner who has competed in the New York and Boston marathons as well as hundreds of half-marathons and 5K races.