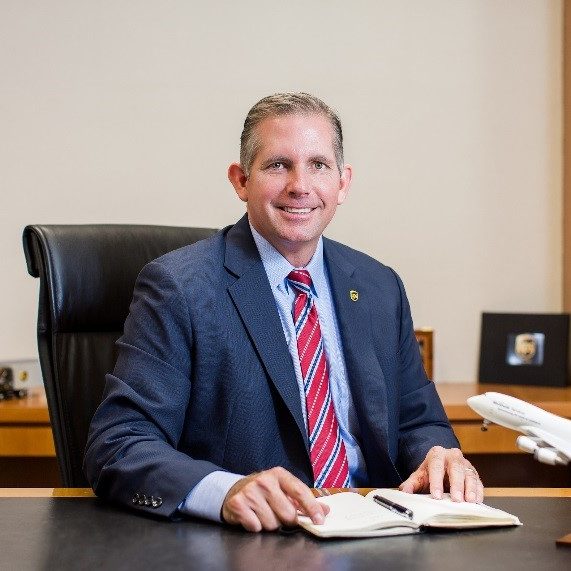 Jeff McCorstin is the UPS President of Global Customs Brokerage. In this capacity, he is responsible for the customs brokerage operations, Trade Advisory Services and customs & trade compliance globally across all business units at UPS.

Jeff joined UPS as a package delivery driver in 1990, based in California. As his UPS career progressed, he held a variety of positions in operations, strategic cost management, F&A and engineering. He has worked at various locations throughout North America, including the Corporate Headquarters in Atlanta, GA, and UPS Airlines in Louisville, KY, where he was Air Finance Controller responsible for the financial analysis of aircraft acquisitions and the UPS Worldport facility.

Jeff and his wife Kris currently live in Atlanta, GA. He holds a Bachelor’s Degree in Engineering from the University of California and a Masters of Business Administration in Finance from San Diego State University. He and Kris have two children Courtney (24) and Riley (22).